The Chancellor of Sokoine University of Agriculture (SUA), Judge (retired) Hon. Joseph Sinde Warioba has commended SUA management and the entire leadership for the great efforts they are making in carrying out various activities that make the university the best and most attractive in the country and the world at large. 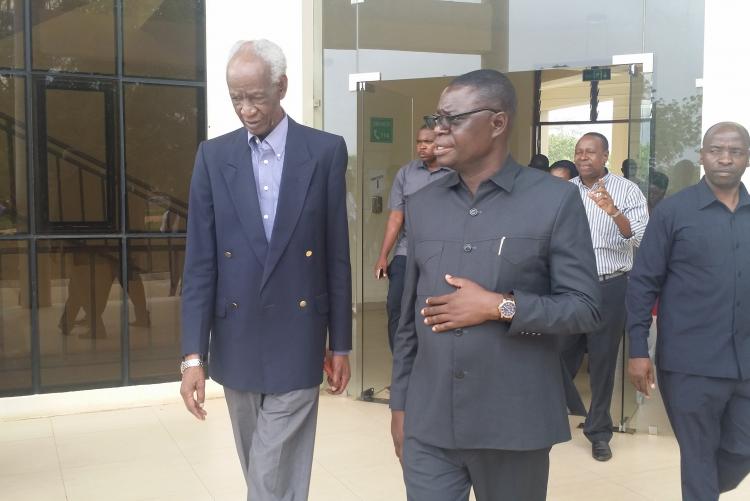 Hon. Warioba made the remarks on Wednesday, November 18, 2020, while concluding a two-day visit to the university campuses in Morogoro which began on Tuesday, November 17, 2020, at the Edward Moringe Campus (formerly known as the Main Campus) and ended at the Solomon Mahlangu Campus in Mazimbu. 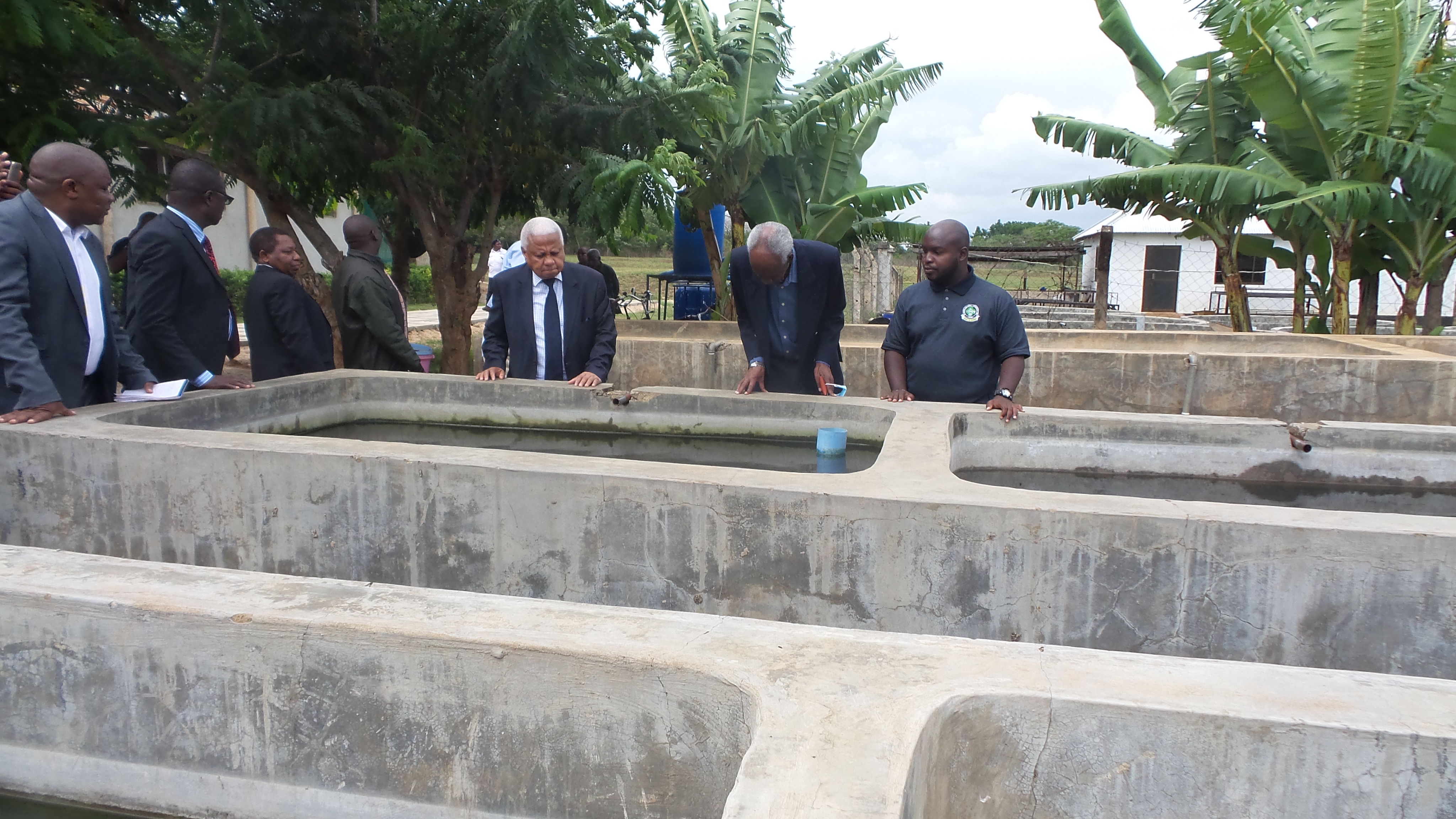 He said that despite the various challenges including lack of resources facing SUA, but the management has continued a fight to ensure the university achieves their goals which is to provide quality education to students and practical education especially for youth and smallholder farmers around the campuses in Morogoro region and outside.

“Honestly, we still have various challenges facing us, but I am very impressed with the various work being done here at the university including running various research projects with great success such as that one of the trained African giant pouched rats that detect landmine as well as TB infection. I have also visited model training farms and incubators where young people are given various agricultural training, in fact this is a good foundation that will not only help young people but will change our farming system in the country. Let me just say, the work that is being done by the university leadership and management is great and satisfying” said Hon. Warioba 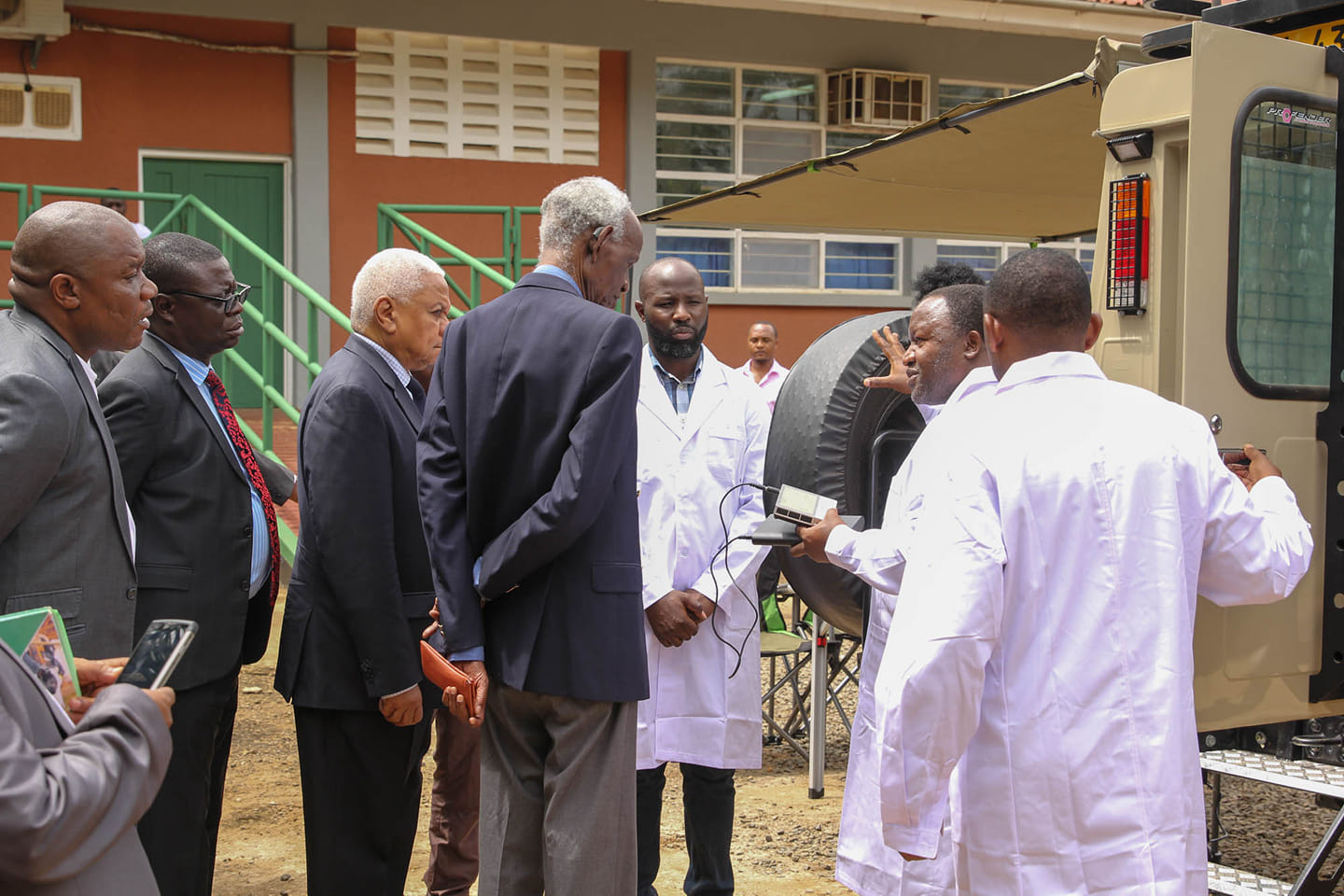 Earlier before, the Chairman of the Sokoine University of Agriculture Council, Judge (retired), Hon. Othman Chande thanked the Chancellor for being able to set aside his time and come to visit the university despite the many responsibilities he has and explained to him the various activities carried out by the Council since the last time he came to university, including overseeing the implementation of the university's fourth phase strategic plan for 2016/2021 which came into effect on July 1, 2016. 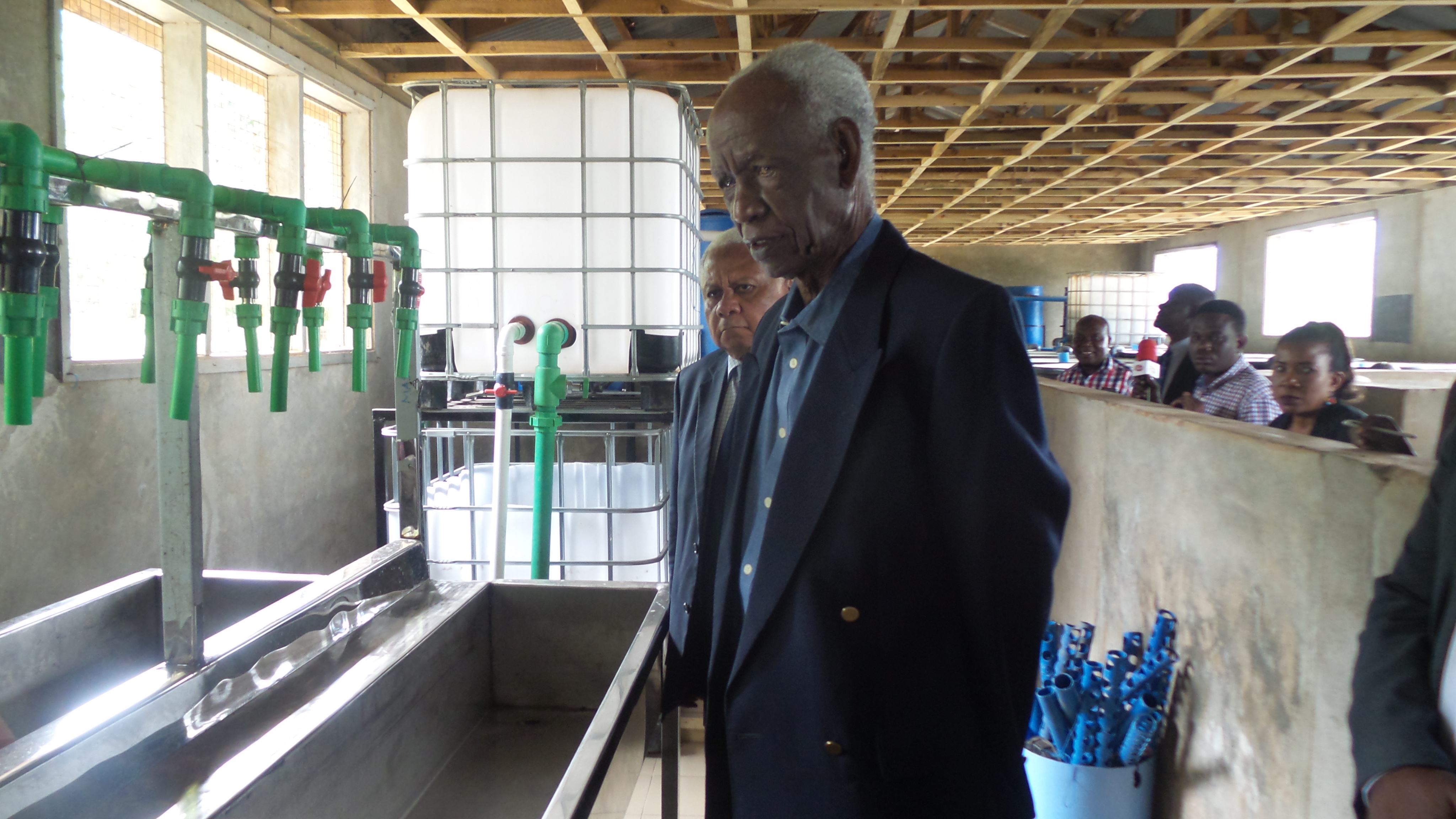 Hon. Chande briefed the chancellor on other responsibilities carried out by the university such as the establishment of the Mizengo Pinda Campus in Katavi Region, approving external audit reports, the establishment of major projects including the one known as Reforest Africa, managing the university's various assets and resources, overseeing the implementation of various development projects, managing revenue and expenditure and making appointments of various university officials.

"Hon Chancellor, I would also like to take this opportunity on behalf of the Council to thank the Government of the United Republic of Tanzania for the grants and development funds provided to the university and the funds provided for students that come on time as without the funds we would not be able to fulfill our responsibilities effectively” said Hon. Chande.

Speaking on behalf of Management and the whole community, the Vice Chancellor of Sokoine University of Agriculture (SUA) Prof. Raphael Chibunda thanked the Chancellor for coming to visit the university and briefly described the implementation of various activities since the last time he visited the university. 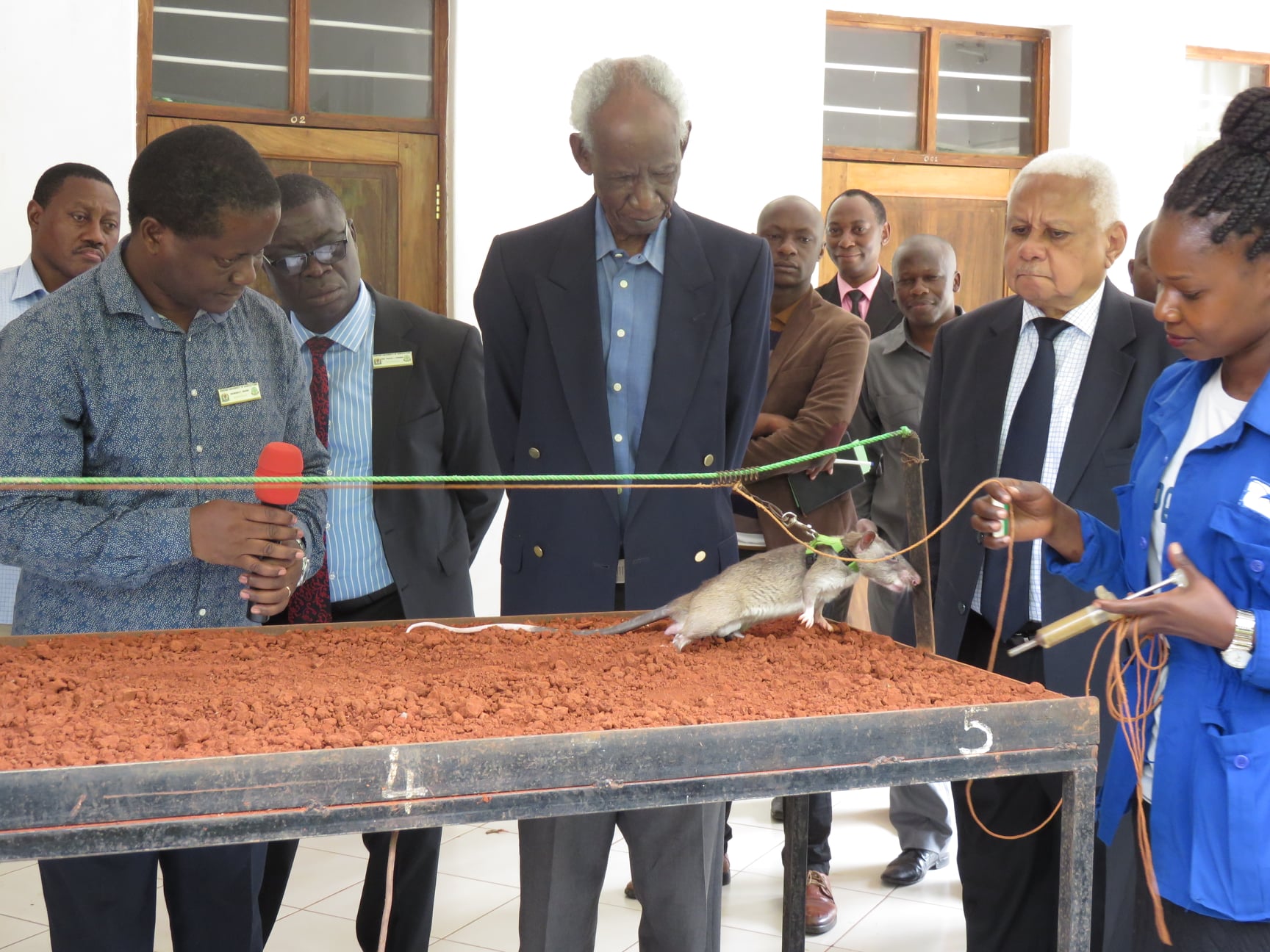 Despite the various challenges facing Sokoine University of Agriculture (SUA) including staff shortages in various cadres, Prof. Chibunda did not hesitate to thank the Government of the United Republic of Tanzania, under Hon. President Dr. John Pombe Magufuli for continuing to fund university development projects and cover various operating costs. 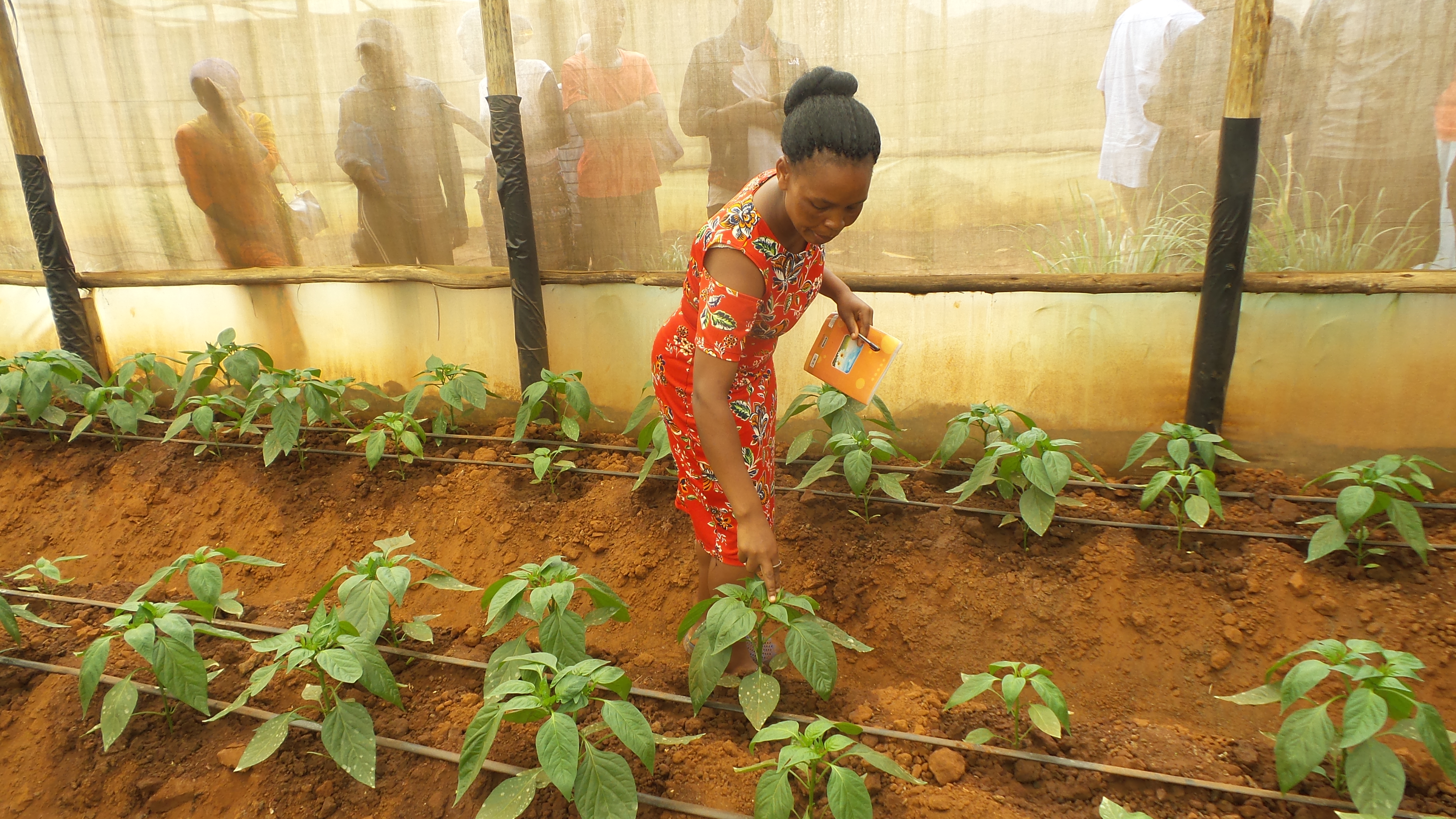