Infectious and non-communicable diseases remain a major challenge in the country despite the concerted efforts of the Government, Researchers, and other development partners to combat them. 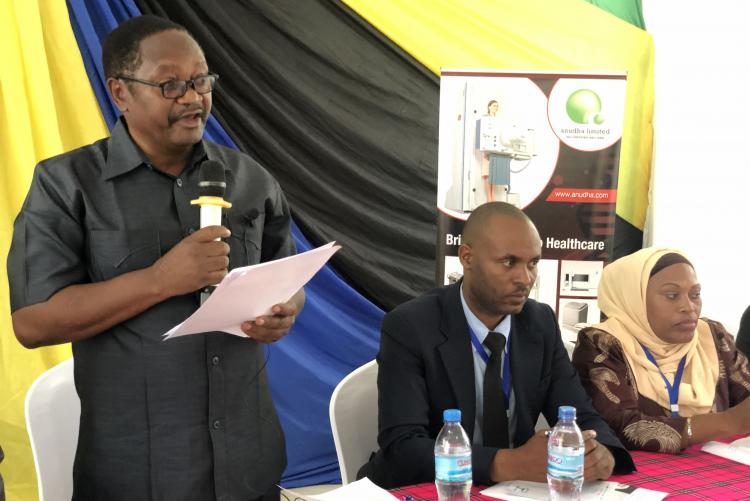 Coordinator of the One Health Coordination Desk in the office of the Prime Minister, Mr. Harrison Chinyuka speaking while opening the 37th Annual General Meeting and the Scientific Conference of the Tanzania Public Health Association (TPHA) in Arusha

Speaking while opening the 37th Annual Meeting and the Scientific Conference of the Tanzania Public Health Association (TPHA) in Arusha, the coordinator of the One Health Coordination Desk in the office of the Prime Minister, Harrison Chinyuka said that Tanzania is one of the middle-income countries but is also at risk of contracting these diseases that affect society so the conference is very important to discuss the causes of these diseases and how to deal with them

​​​​​​​"There has been a huge increase in non-communicable diseases in our society such as heart disease, diabetes, cancer, and so on. I urge you to use this opportunity to discuss together how to deal with the effects of these diseases, ” stressed Mr. Chinyuka.

He went on to say that for a long time, Tanzania has been facing many human and animal health problems but the Ministries, Departments, and various government and private agencies have been struggling with each other individually with the goal of finding a solution in preventing, preparing and responding to health disasters but it is time now that the concept of one health must be used in order to have a collective strength. 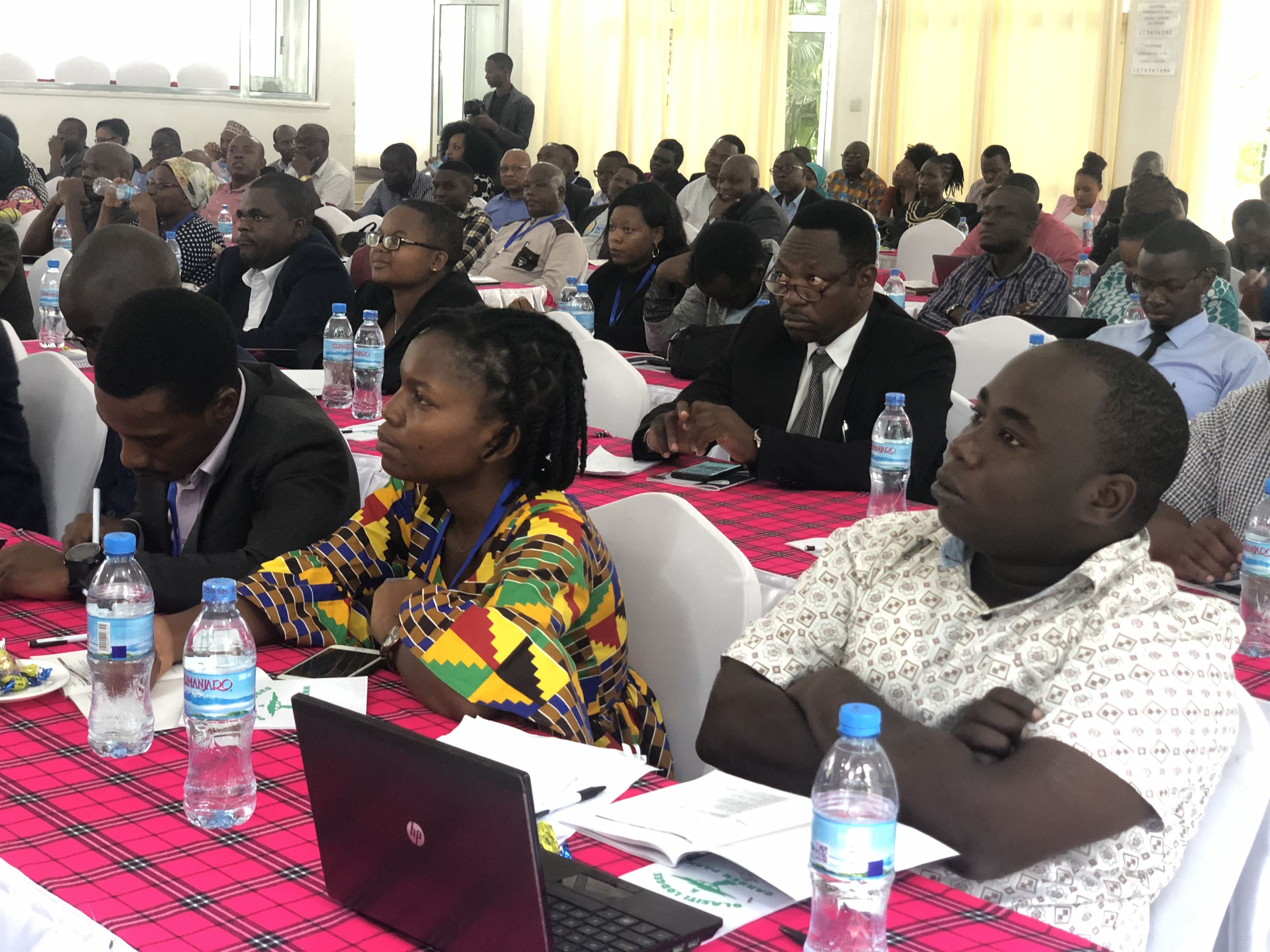 ​​​​​​​"One Health concept is more widely used in view of the fact that most of the parasites that cause disease in humans are caused by animals and the rate of infection increases when humans invade the habitat of these animals in their environment without warning," added Mr. Chinyuka.

He noted that the situation is even more dangerous for the African continent considering that the continent, especially in the vicinity of the vast forests of Congo with a wide variety of wildlife and thus being a major source of epidemics such as Ebola, Rift Valley Fever, Marburg and others.

Speaking before welcoming the official guest to open the scientific conference, the TPHA chairman, Dr. Philbert Nyinondi said that the Association was formed in 1980 with the aim of fighting and winning the war against the diseases and they still live on with the same vision. 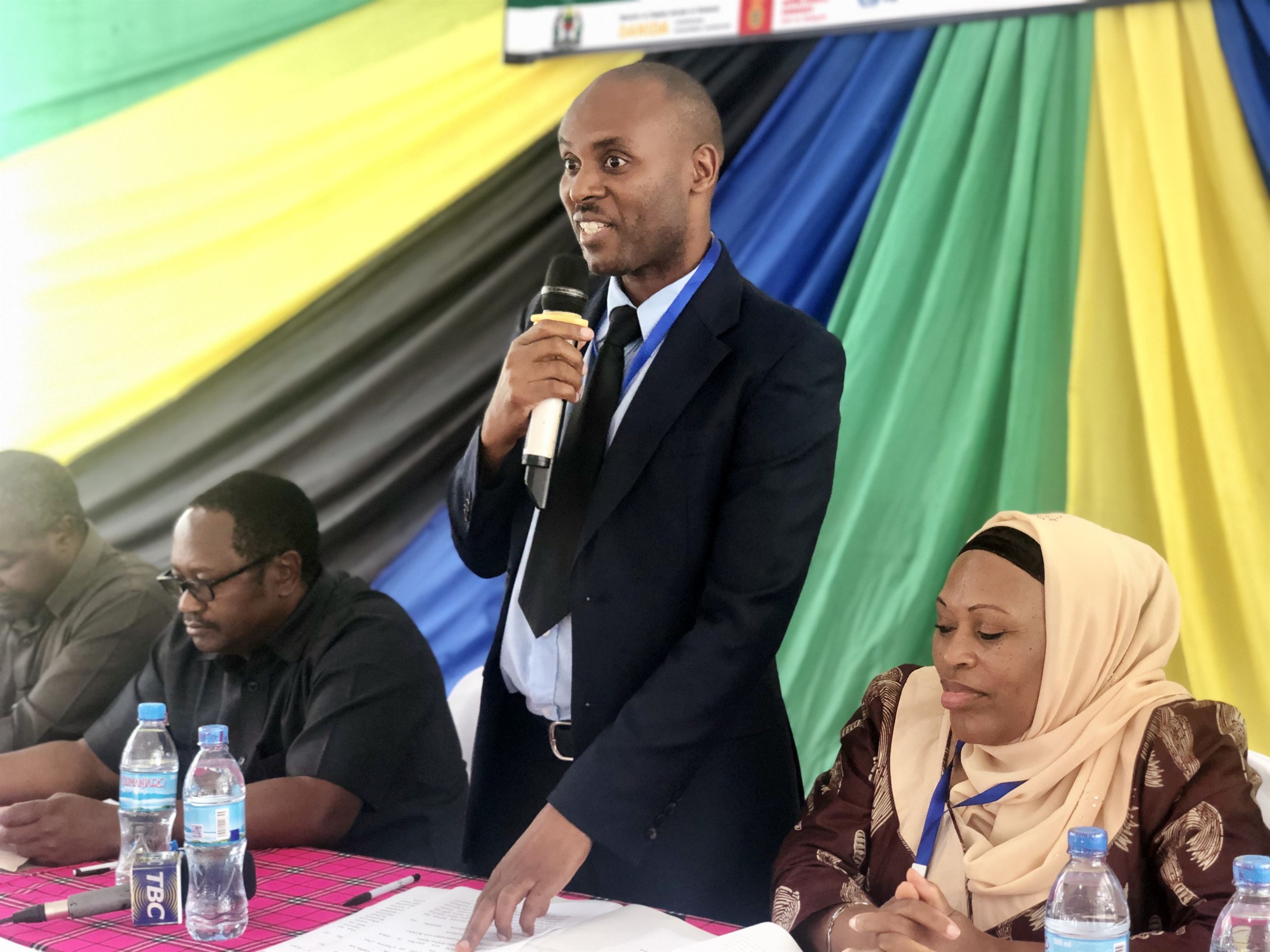 Dr. Philbert Nyinondi Speaking before welcoming the official guest to open the conference

He added that in order to ensure the building of a safe nation and world, the association has actively participated in educating the public, advising on policies, laws, and regulations in improving public health, cooperating with the government and development partners in implementing various programs aimed at improving public health as well as setting up stakeholder forums and providing opportunities for them to make a concerted and strategic contribution to improving health.

"We are proud of the 40 years of operation of our association without any conflicts with the governments in all five phases and we also join our President Dr. John Pombe Magufuli in his intention to strengthen and build new health infrastructure as it has strengthened health services in the country " noted Dr. Nyinondi.

He said the conference provides an opportunity for stakeholders to actively participate in assessing their significant achievements, planning and preparing the community for epidemics and emerging diseases and advising the government and the world on how best to deal with expected and unexpected outbreaks without significantly affecting human development.

Expressing gratitude to the official guest, TPHA secretary, Dr. Mariam Ongara said as an association they will implement all the advice and recommendations given to them by the official guest especially the concept of One Health in order to increase efficiency in finding solutions to the challenges of various infectious and non-communicable diseases in the wider interests of society and the Nation. 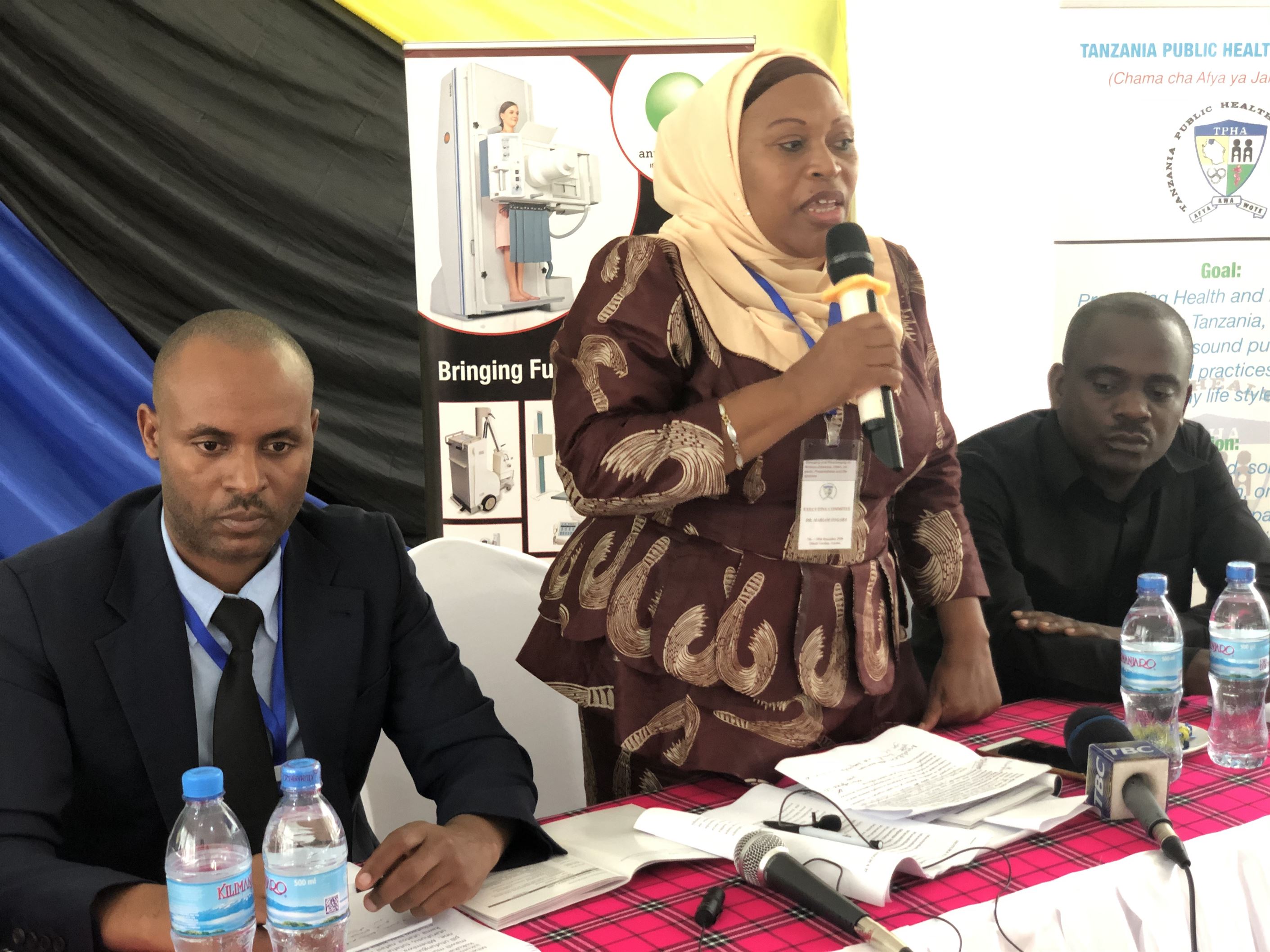 She noted that as an association they work in compliance with all government guidelines and procedures that govern health matters and assist the government in achieving its goals by conducting research and advising on best practices that should be used to improve people's health.

Presenting the topic during the conference, Prof. Robinson Mdegela from Sokoine University of Agriculture (SUA) said that previously the problem of infectious diseases was seen in Africa, China, and in the Amazon rainforest area but now it is the whole world and this is due to ease transportation system which also contributes to easily spread of the disease. 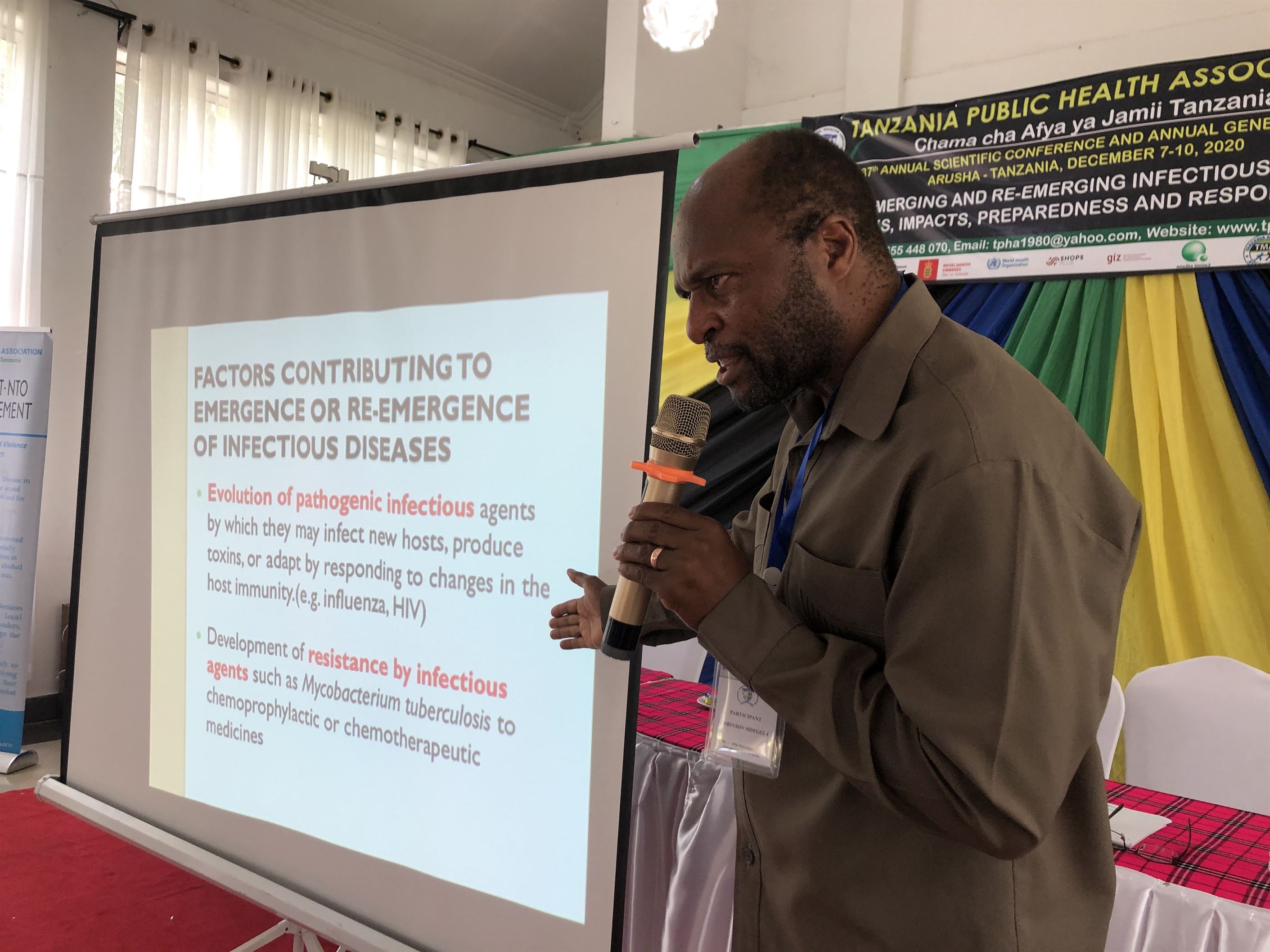 Prof. Robinson Mdegela from Sokoine University of Agriculture (SUA) giving a presentation on the risks, impact, readiness, and how to protect from infectious diseases

Prof. Mdegela said studies show that most of these outbreaks and infections are caused by non-human animals such as monkeys, chimpanzees, bats, and other rodents which are found in every corner of Tanzania and the community lives with them without even taking precautions. 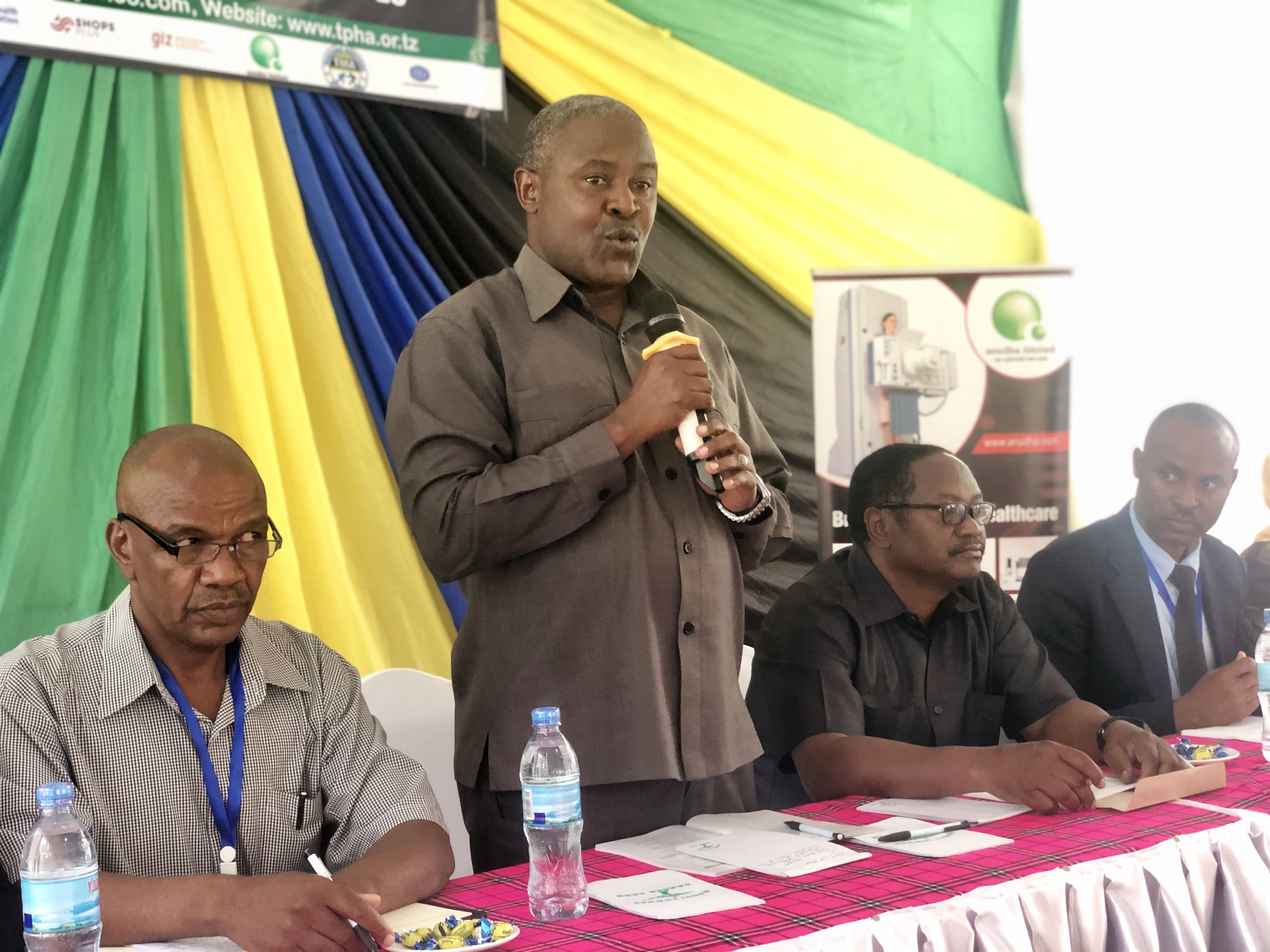 The representative of the World Health Organization, Ms. Ritha Njau presenting the topic on the outbreak of COVID 19 and its challenges 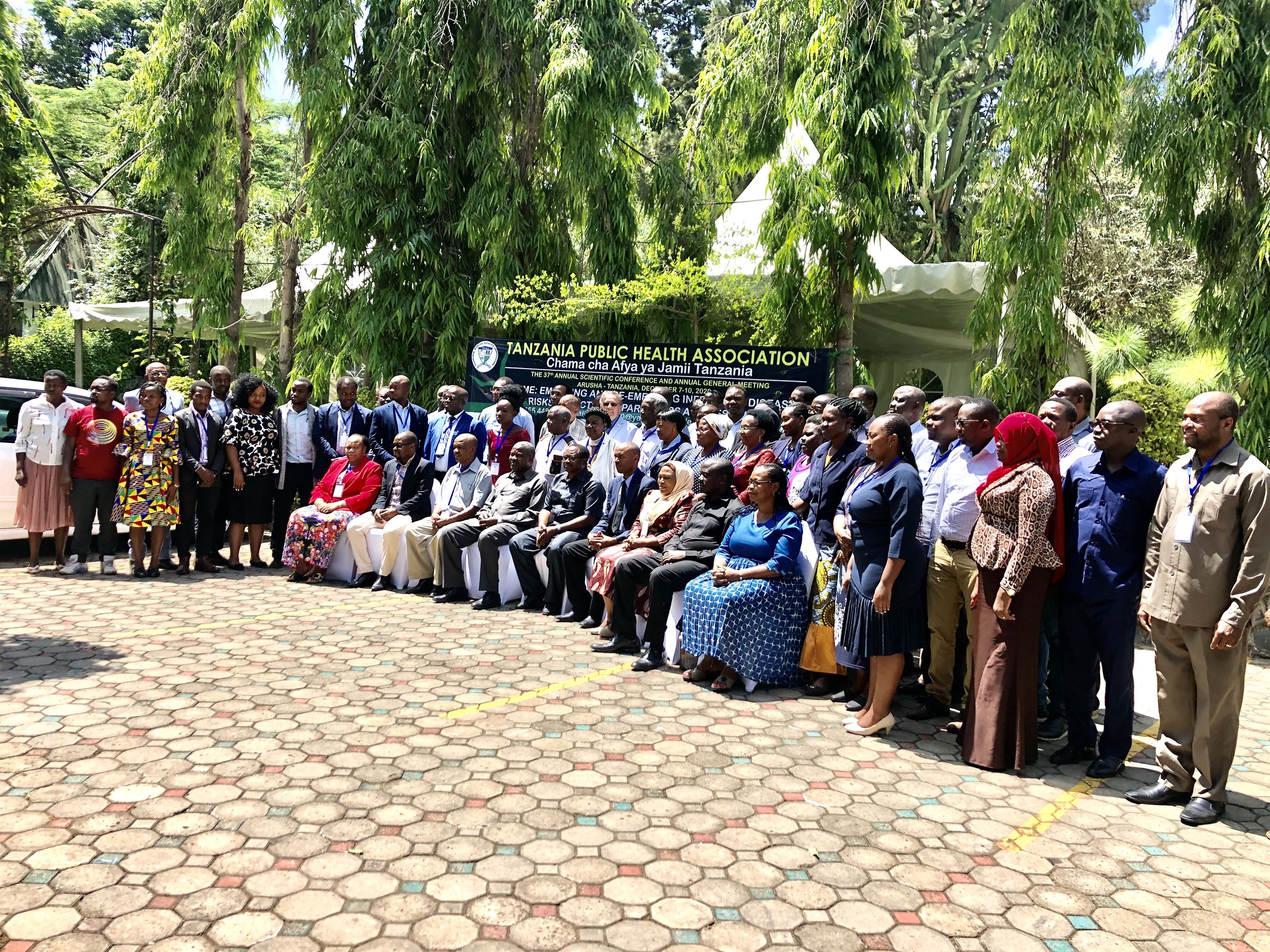 Members and other participants in a Group Photo