It was implemented in seven villages and two wards in Mvomero DC and Morogoro MC respectively. The project involved introduction of the Farmer Market School (FMS) approach to farmer groups which were implementing a project using the Rural Initiatives for Participatory Agricultural Transformation (RIPAT) approach. RIPAT and FMS approaches build the farmers’ capacity to produce and market their crops respectively, and therefore, the combination of the two approaches was aimed at harnessing their combined effect. 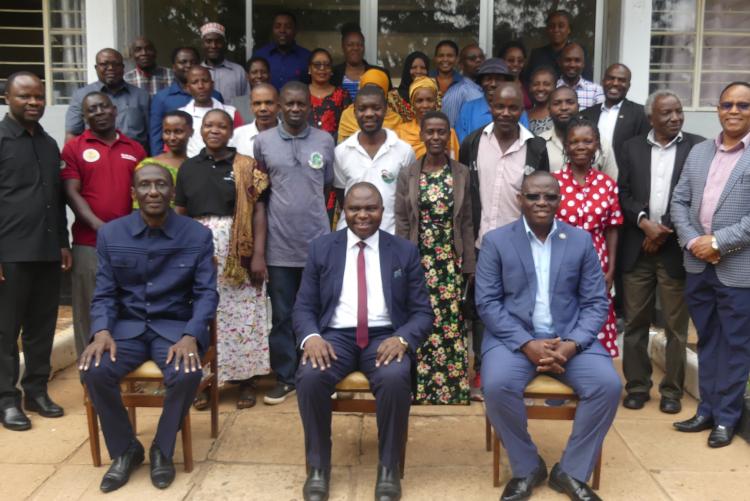 The College Principal of Social Sciences and Humanities, SUA, Prof. J.S. Kabote who sat in the middle in a group photo with the stakeholders of the Famers Market School (FMS) project, on the right is the Director of ADRA-Tz Mr. Samuel Oyortey and left are Dr. Dominick Ringo Director of RECODA picture by Daniel Masunzu

The research component of the project aimed at determining the effect of the combination of the FMS approach with the RIPAT approach with respect to income and food security among the smallholder farmers. Specific research questions were: as follows

The impact evaluation method, namely propensity score matching was used. A multivariate multiple regression model and in-depth interview were used to analyze the determinants of an effective combination of RIPAT and FMS approaches and assess the compatibility of the two approaches respectively.

Recommendation on the application of RIPAT 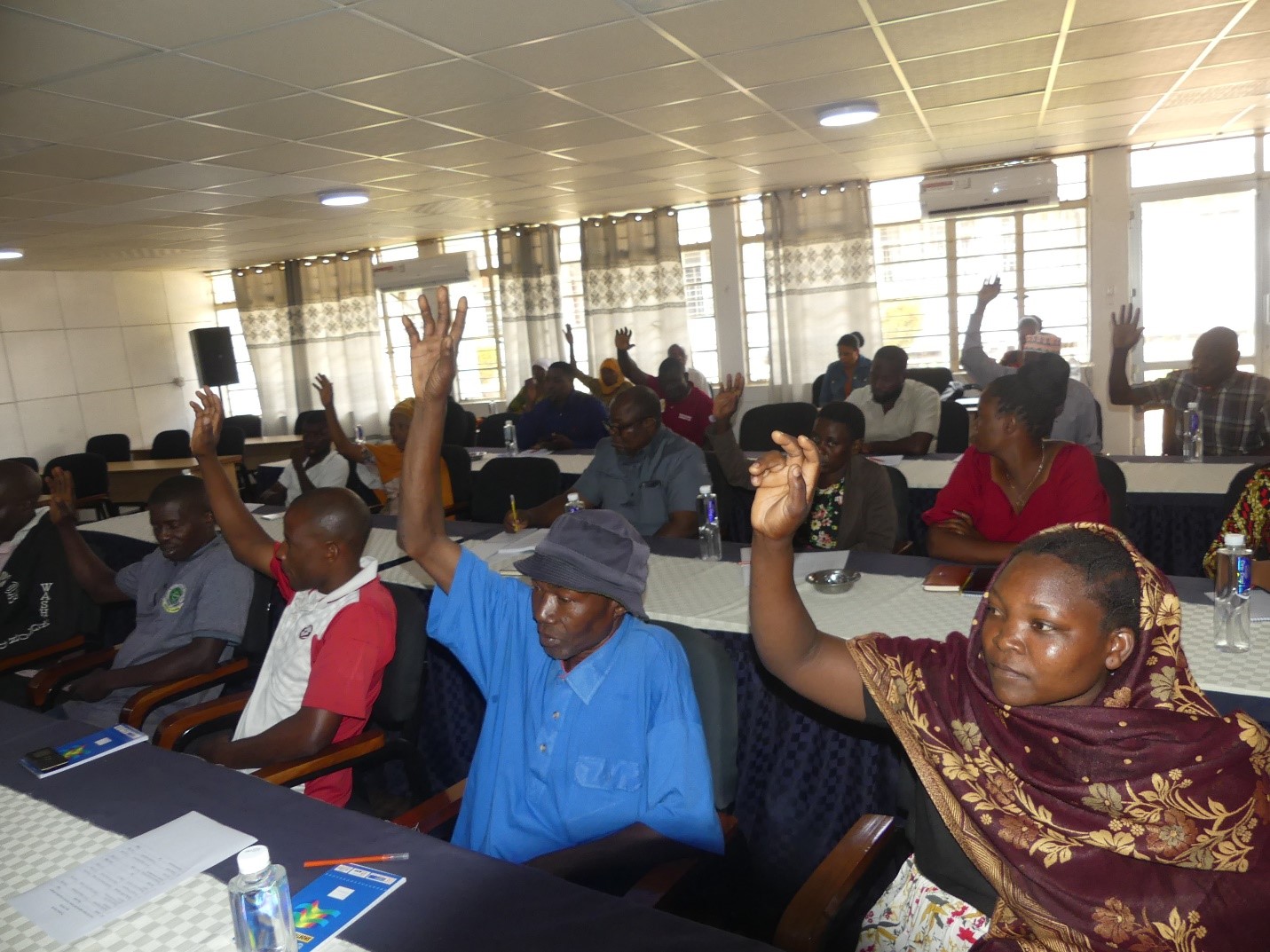 On 23rd September 2022, a workshop was organized to disseminate lessons learned from the project and solicit feedback based on research findings and policy recommendations. The workshop served as an avenue for farmers, researchers, extension officers and representatives from the local government authorities and NGOs to validate, discuss and learn from the results.

In his opening remarks, the Principal of the College of Social Sciences and Humanities, Prof. Samwel J. Kabote, SUA and RECODA have a memorandum of understanding and have collaborated for many years in various activities including research and outreach as exemplified by Kilimo na Masoko project. He mentioned also that, through Kilimo na Masoko project, SUA has collaborated very well with ADRA Tanzania and ADRA Denmark. Talking about the project, Prof. Kabote informed the participants that RIPAT and FMS approaches build the capacity of smallholder farmers to produce and market their agricultural produce thereby increasing their income and enhance household food security.

Prof. S.Kabote who standing, during the opening remarks of the workshop

Dr. Dominick E. Ringo is the Director of RECODA. Addressing the workshop participants, Dr. Ringo indicated that the RIPAT approach is already being applied in a number of regions in Tanzania, including Arumeru, Moshi, Ruangwa, Korogwe, Chamwino. Singida Rural and Mvomero; and in some countries including Kenya, Burundi, Rwanda and Nicaragua. He informed the participants that, in all these areas, the project has worked well in bridging the agricultural technology gap. 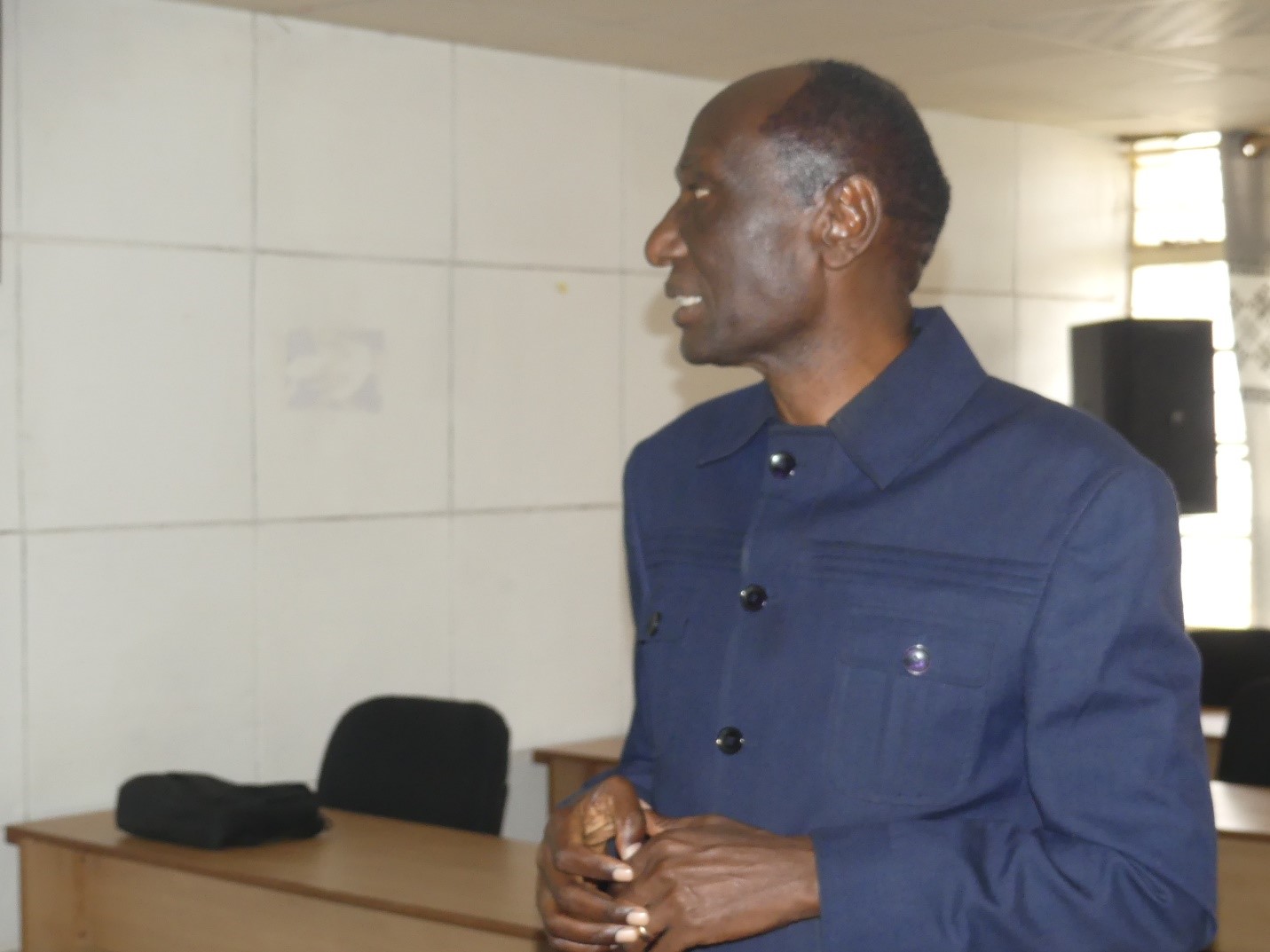 In his presentation on the Farmer Market approach, the Country Director for ADRA Tanzania, Mr. Samuel Oyortey mentioned that the FMS approach has performed well in Malawi, Zimbabwe and Uganda, and that it is currently being piloted in Tanzania through Kilimo na Masoko project. 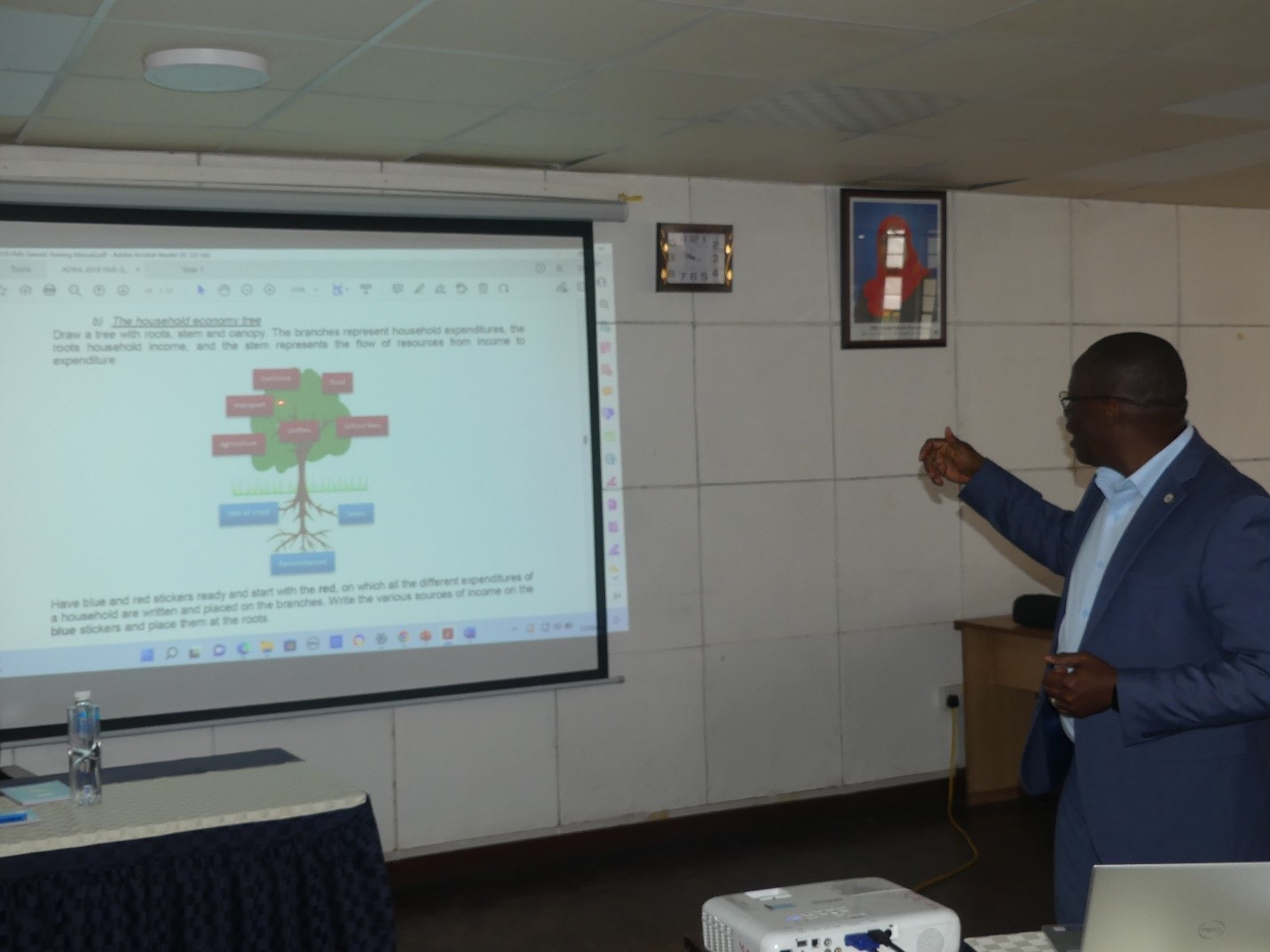 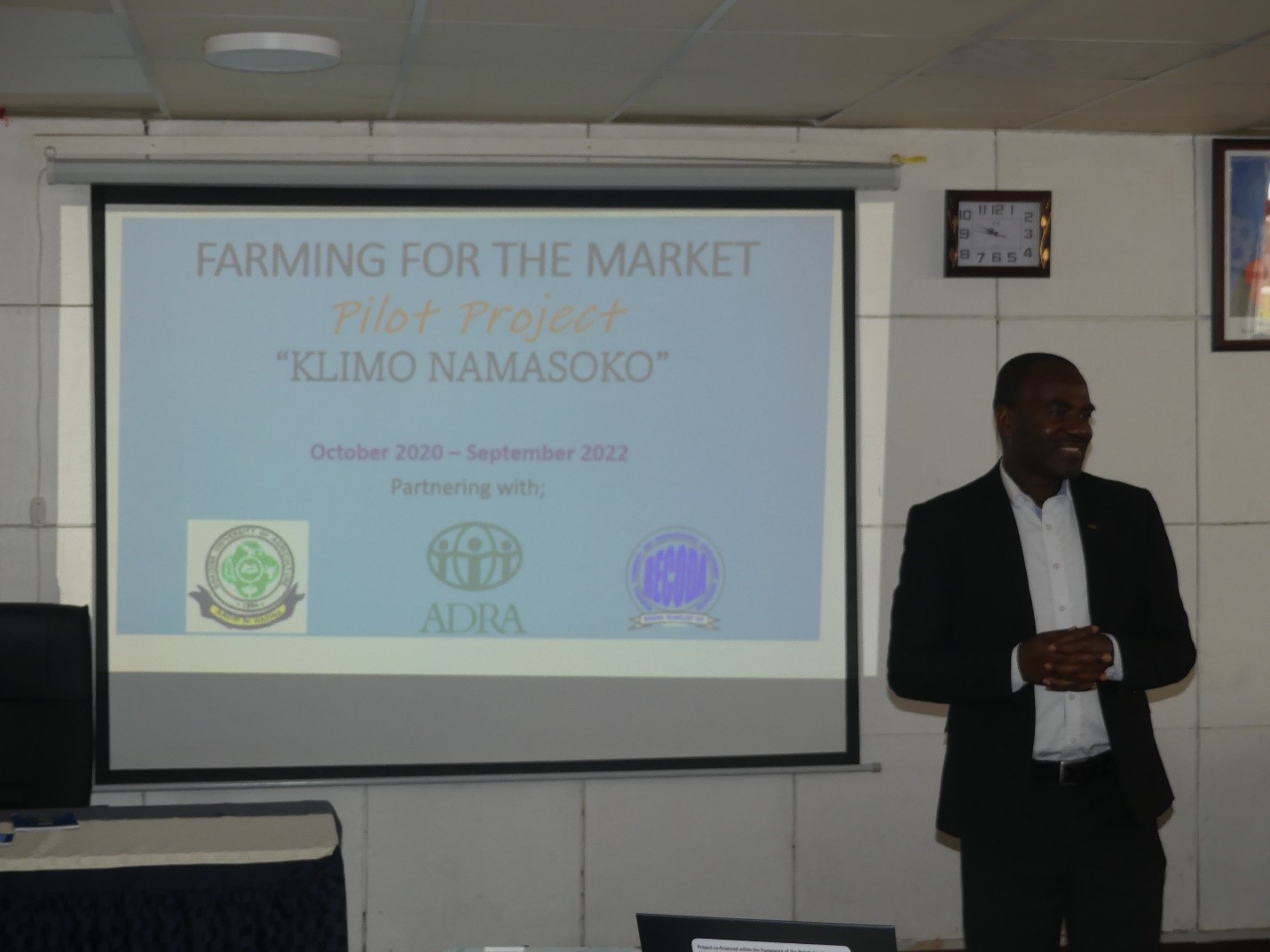 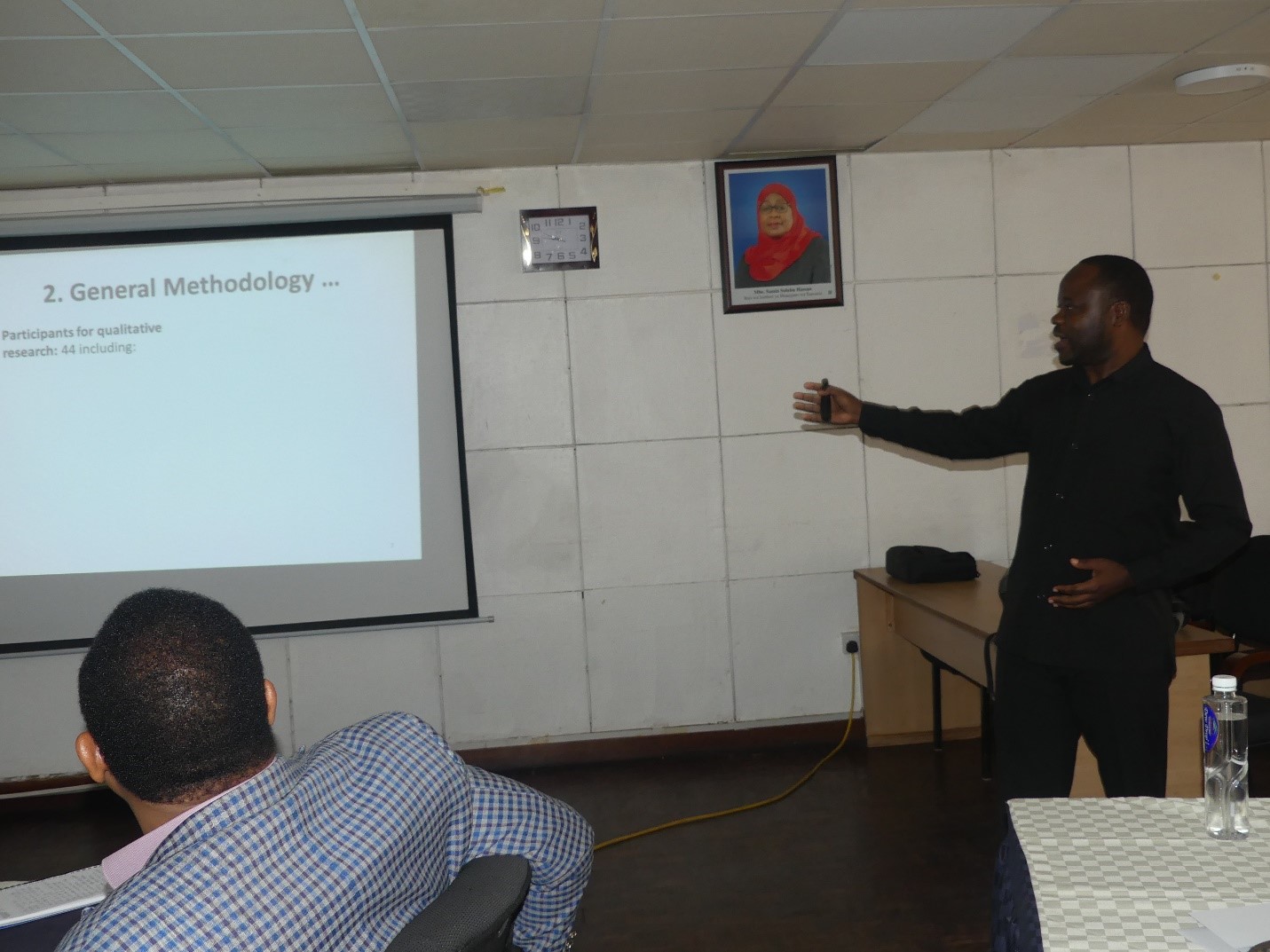 On another occasion, on 8th September 2022, the Sokoine University of Agriculture hosted delegates from ADRA Denmark, ADRA Malawi, ADRA Tanzania and RECODA who were involved in Kilimo na Masoko project monitoring mission. The visitors, who had visited the project area a day earlier, paid a courtesy call to the CSSH Principal, Prof. Samwel J. Kabote and attended a presentation of Kilimo na Masoko (K&M) research findings which was followed by a discussion.

The CSSH Principal informed the ADRA and RECODA delegates that SUA has been collaborating with RECODA for over ten years and that, it started collaborating with ADRA-DK and ADRA-TZ since 2020. Elaborating on the role of SUA in the K&M project, Prof. Kabote indicated that the University was endeavouring to research on compatibility of two approaches namely Rural Initiatives for Participatory Agricultural Transformation (RIPAT) and Farmer Market School (FMS) approaches. Expressing his appreciation on behalf of the University Management, Prof. Kabote indicated that the collaboration was welcome as, in line with SUA’s mission, it addresses one of the farmers’ priority needs, that is, marketing of agricultural produce. He thought the good work being done could be extended to include other nodes of the crop value chain, such as post-harvest management. 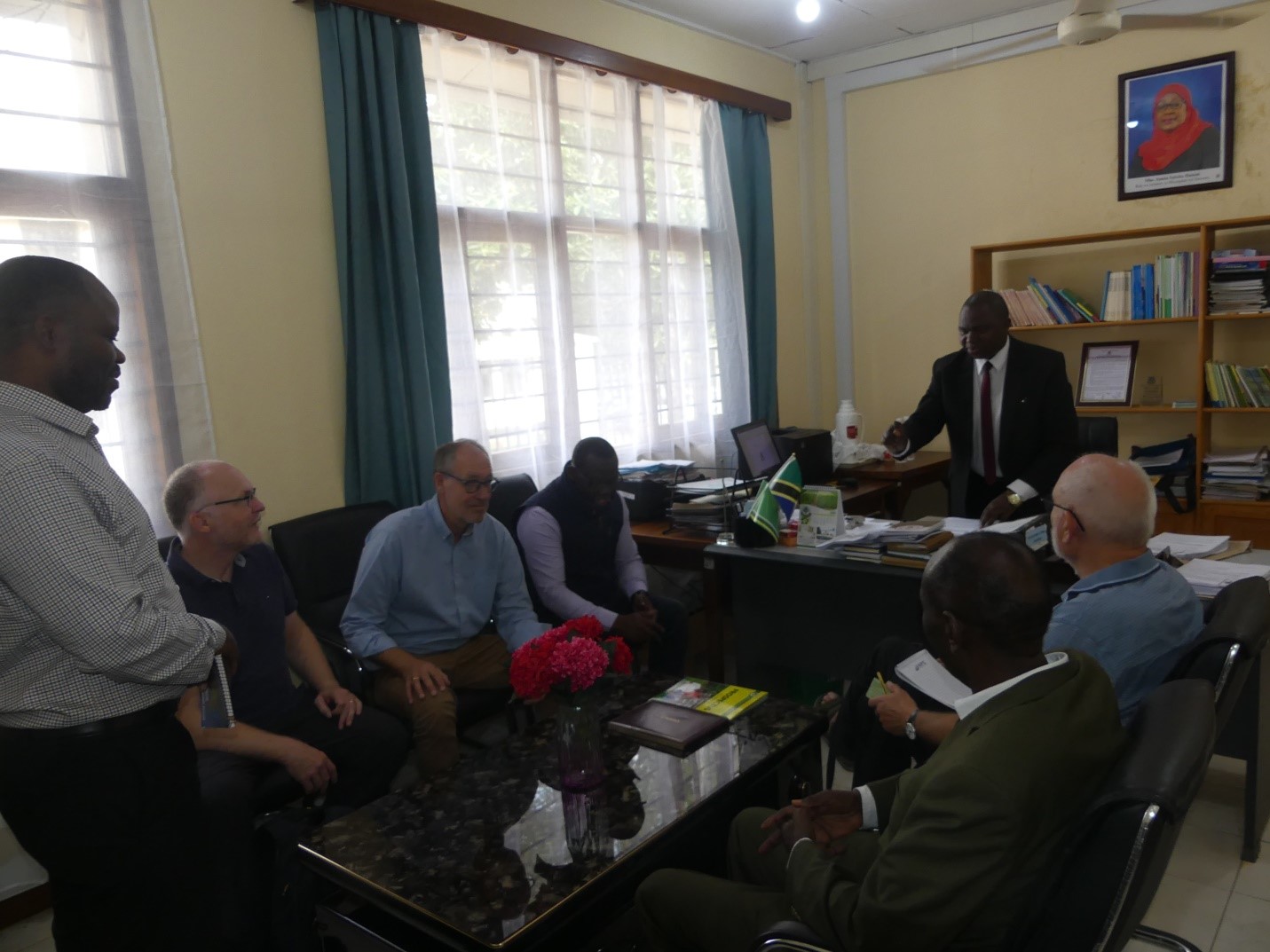 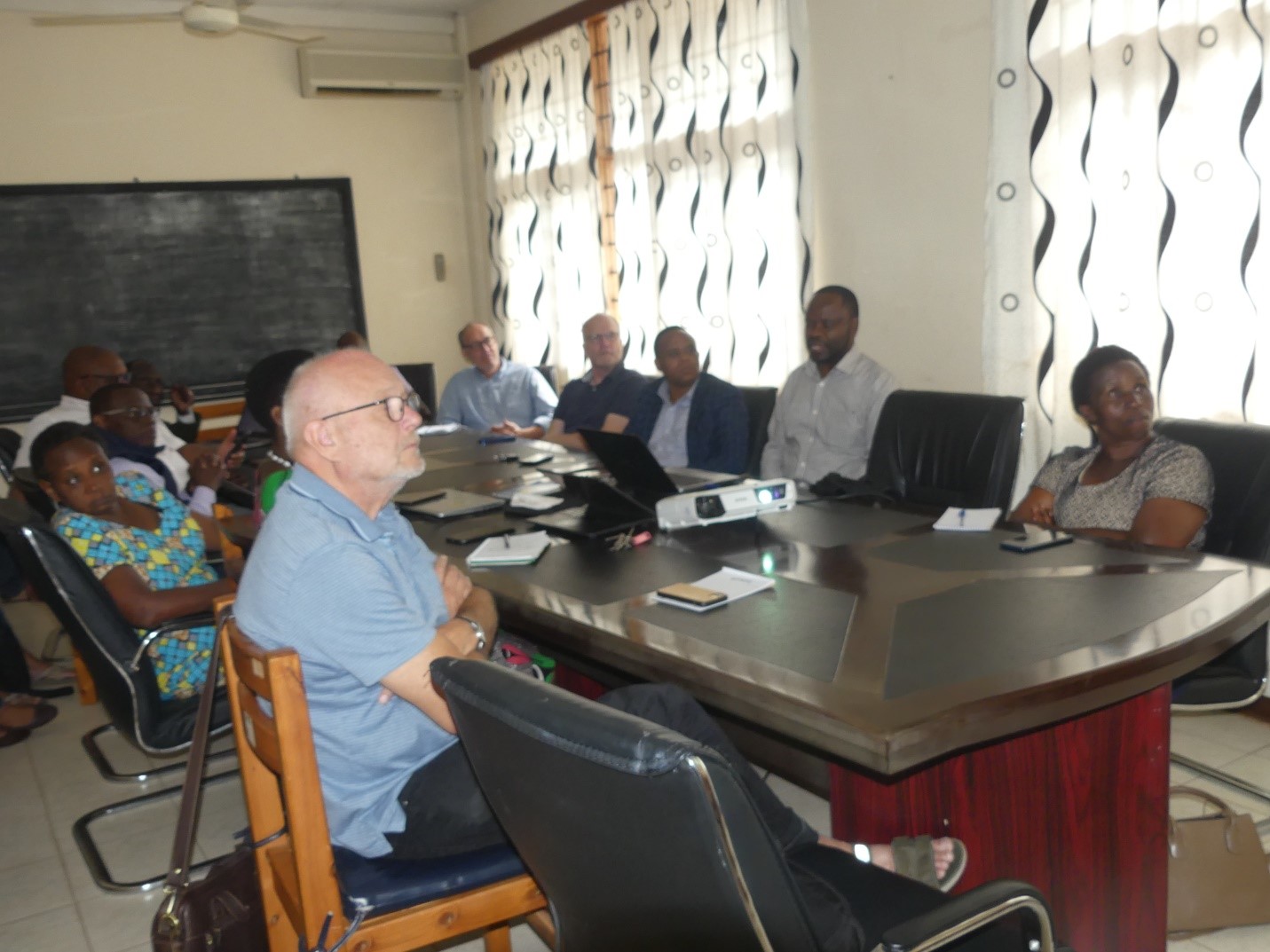 From the discussion session, the following emerged: