Fifty-eight bird species, eight mammal species, and 91 plant species - including 21 tree species - were recorded in the Litwang'ata Forest of Nkomang'ombe village in 2017. 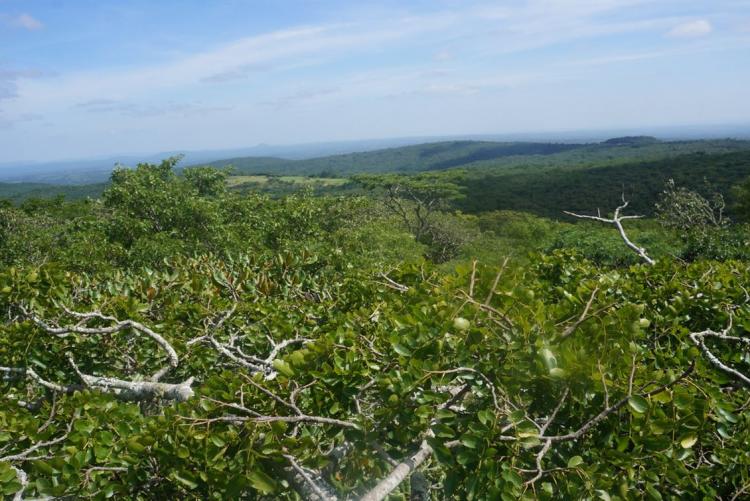 These recordings were made by researchers of the Sokoine University of Agriculture through FORCONSULT, their consultancy bureau, funded by the Critical Ecosystem Partnership Fund (CEPF). Both forests are part of the Njombe Forest Key Biodiversity Area in Tanzania, and at the time they were unprotected by any law. Now, both forests, covering 5819 hectares, have been declared Village Land Forest Reserves and are actively protected through the implementation of new forest management plans, by-laws and fire management strategies.

How did it happen?

First, in 2017, FORCONSULT surveyed six unprotected forest patches in the Njombe Forests KBA, including Litwang'ata Forest and Intake Forest. Based on their research, FORCONSULT continued the work at these two forests in 2018-2019, through a second CEPF-funded project ‘Establishing Village Land Forest Reserves at Njombe Forests Key Biodiversity Area, Tanzania’. The idea was to use the findings, including the maps, that were produced during the research project, to establish Community-Based Forest Management (CBFM) structures at the Litwang'ata and Intake Forests in the Ludewa District of Tanzania.

This CBFM process was indeed completed, and included the production of two forest management plans, two fire management plans, two by-laws (approved at Full District level), the establishment of two buffer zones (with a total of 520 ha) and the construction of firebreaks with a width of 4-5 m for a stretch of 26 km. The process also involved extensive capacity building of local government, village committees and local civil society organisations.

Before establishment of the forest reserves, the project team conducted a survey to identify both the socio-economic and ecology challenges to the Community Based Forest Management model in Ludewa District. Typically, threats to the forest habitat turned out to be due to population increase with increased human pressure on the forest. Local project surveys found that approximately 93% of the community used firewood, wild meat, medicinal plants and mushrooms, which were collected directly from the forest.

How to fix this?

One of the unique approaches applied by FORCONSULT was to actively engage women and youth in their project. Traditionally, these groups are not included when it comes to forest management, but it is increasingly obvious that it is of critical importance to involve them. They are most often the de facto managers, resource users, and custodians of the forests. Hence, FORCONSULT purposefully included women and youth in all stages of the project - in the planning, implementation and monitoring of the project's progress. They proved to be very willing and able to take part in tangible forest conservation activities, such as constructing firebreaks (a prevention method to manage the spread of fire) around their newly established Village Land Forest Reserves.

At least at Litwang'ata Forest and Intake Forests, the scene is now set for forest recovery, allowing all forest inhabitants to showcase their beauty for a long time to come