The Joint Conference for Tanzania One Health and 37th Tanzania Veterinary Association (TVA) is taking place at Arusha International Conference Center (AICC) in Arusha, Tanzania from 27th to 29th November 2019. The main theme for the conference is focused on "One Health" concept. 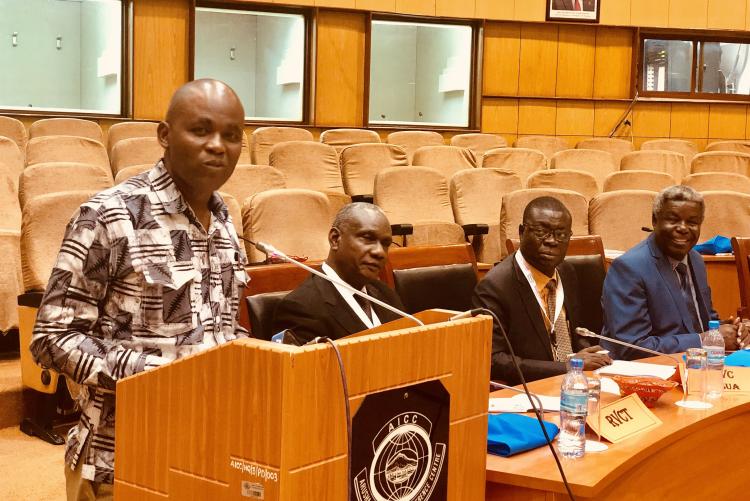 The conference which was organized and coordinated by the Tanzania Veterinary Association (TVA) in collaboration with One Health Coordination Desk (OHCD) under the Prime Minister’s Office brought together all stakeholders of Health from the Ministry, Higher Education Institutions, Research Institutions, Governmental and Non-Governmental Organizations from Tanzania and abroad.

Speaking during the official opening of the conference, Deputy Minister of Health, community development, gender, the elderly and children Hon. Dr. Faustine Ndungulile urged all researchers in Tanzania to make sure that the research they do contributes to policy making or refinement in order to make a direct contribution to society and the nation rather than ending up in cabinets and international publications.

Hon. Ndungulile said that there is a lot of research being done in the country but it ends up in international publications but the time has come when the positive results of the good research work done by researchers in the country can help the government formulate sound policies and guidelines which can be implemented on various development plans.

''Congratulations to TVA for hosting this first national conference that brings together many One Health concept stakeholders from different sectors and it is my hope and the government's hope that you  will come up with best recommendations to help government make right decisions on implementation of One Health concept '' said Hon. Ngungulile.

Hon. Ndungulile said the protection of human health, plants and animals requires the cooperation from all stakeholders and that the Government has already started implementing the plan by establishing a One Health desk in the prime minister's office which helps coordinate the implementation of the concept which is now the world agenda.

''I request that this education you provide at the national level reach the local government level by involving more stakeholders at that level in different sectors so that they can gain an understanding to facilitate the implementation of this national strategic plan which was launched by the Prime Minister of Tanzania, Hon. Kassim Majaliwa in 2015 '' Insisted Hon. Faustine Ndungulile.

Hon. Ndungulile also suggested to establish the collection of the detailed data on One Health issues in the country in order to help the government in making strategic decisions in investing its money because without that it is difficult to persuade government to make some decisions in that area.

Speaking before the official opening of the meeting, Director General of Disaster Management's in the Prime Minister office, Colonel Matamwe Saidi said the importance of One Health concept to the nation has made the government see the need to set up a desk at the prime minister's office which has made great strides in strategy as this is the current world agenda. 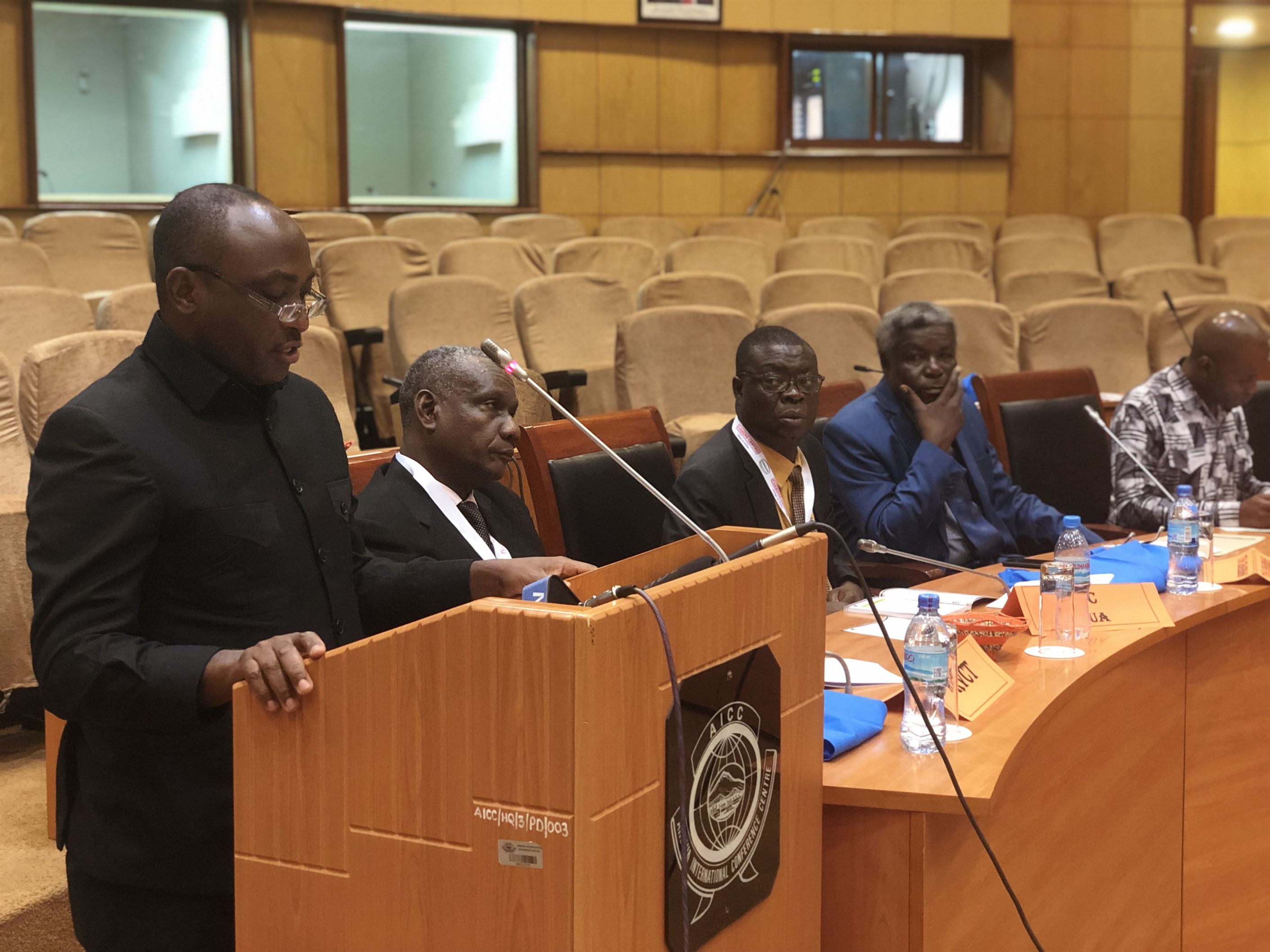 He said that climate change causes diseases in plants and animals which pose great risks to human health so it is important for all stakeholders to jointly develop strategies in collaboration with the desk to improve human health.

He added that this meeting which was organized by TVA and coordinated by the Prime Minister's office is the beginning of many coming-up meetings to share experiences and establish joint strategies for all sectors to fulfill the One Health concept plan in the country.

On the other hand, the chairman of the Tanzania Veterinary Association (TVA) Prof. Dominic Kambarage said that it is the first time for TVA to host such a scientific conference that focused on One Health theme and brought together stakeholders at all levels of national and international. 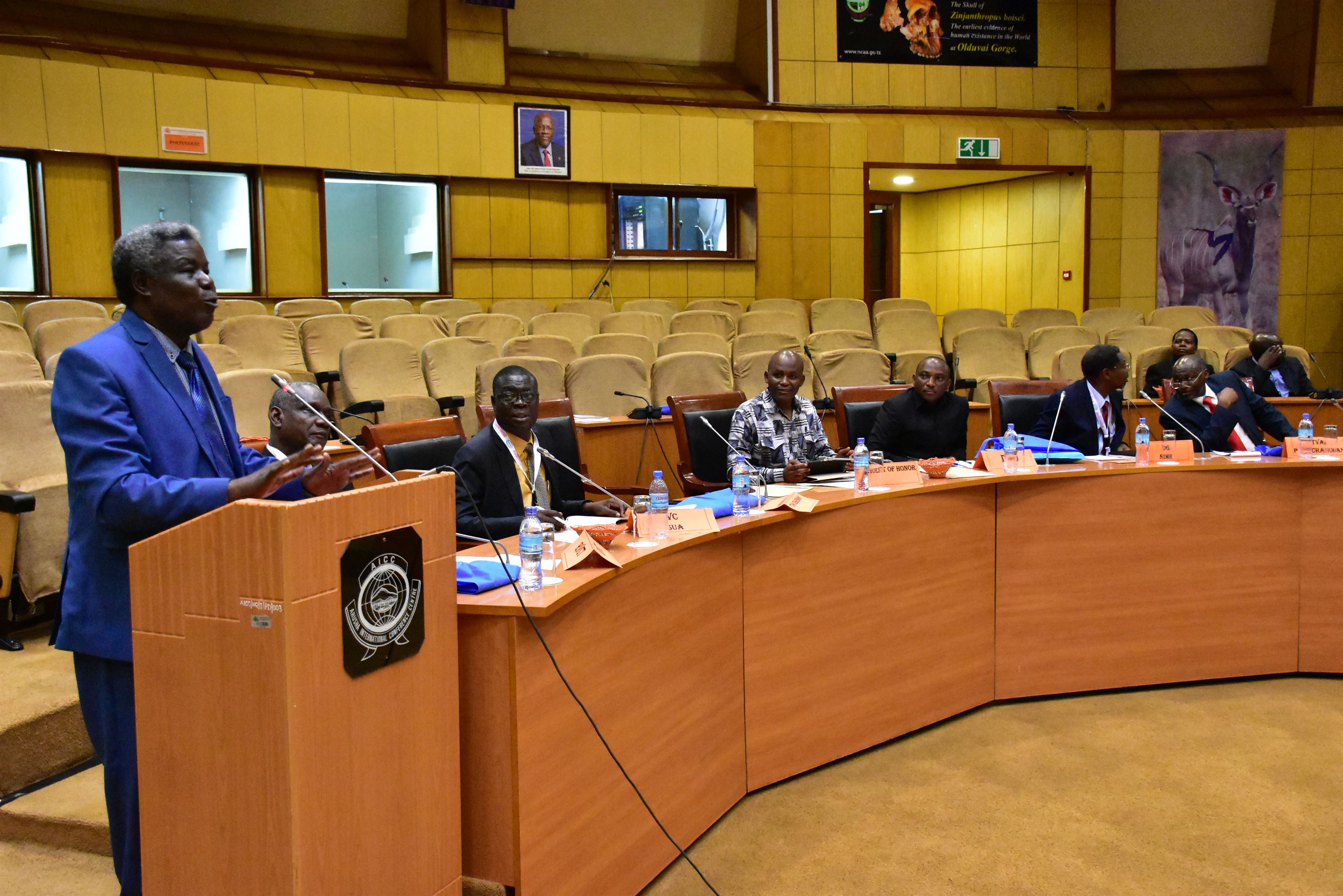 He said that traditionally when a disease occurs in animal, then the veterinarians should be involved in providing cure but because of the presence of other six major infectious diseases between humans and animals then there is every reason for the co-cooperation between animal and human health experts in providing solutions and cure.

“More than 70% of the human diseases are derived from Animals and the government spends a lot of money on treating the disease when it happens so it is high time now for experts to start collaborating to prevent animals and the possible effects to humans just like on rabies '' Said Prof. Kambarage

Finally Prof. Kambarage called on the community to stop sleeping with their animals in the same house in order to avoid contracting those unnecessary infections but to also protect their livestock. 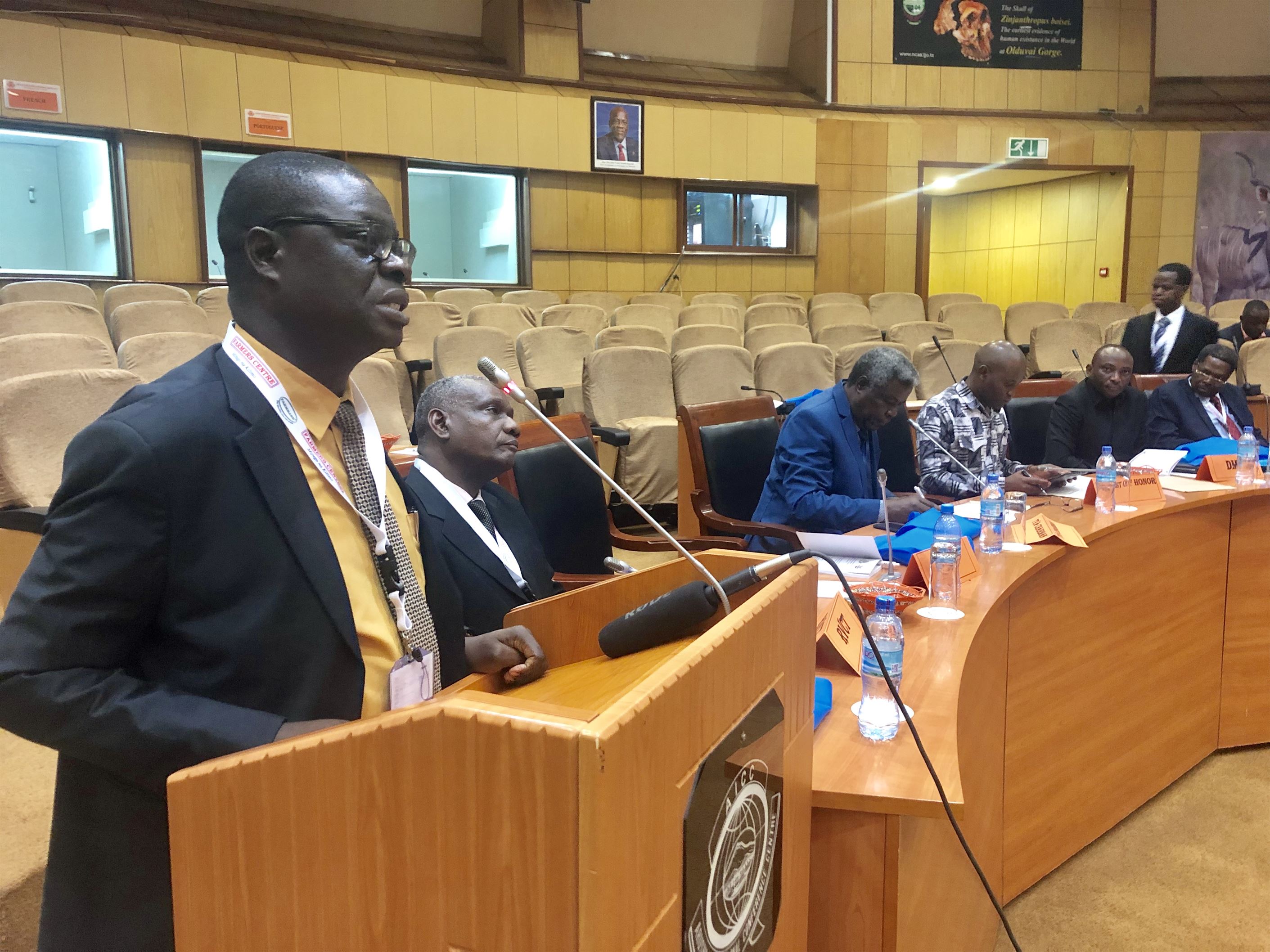 Vice-Chancellor of Sokoine University of Agriculture, Prof. Raphael Chibunda (Chairman of the Session) addressing the audience 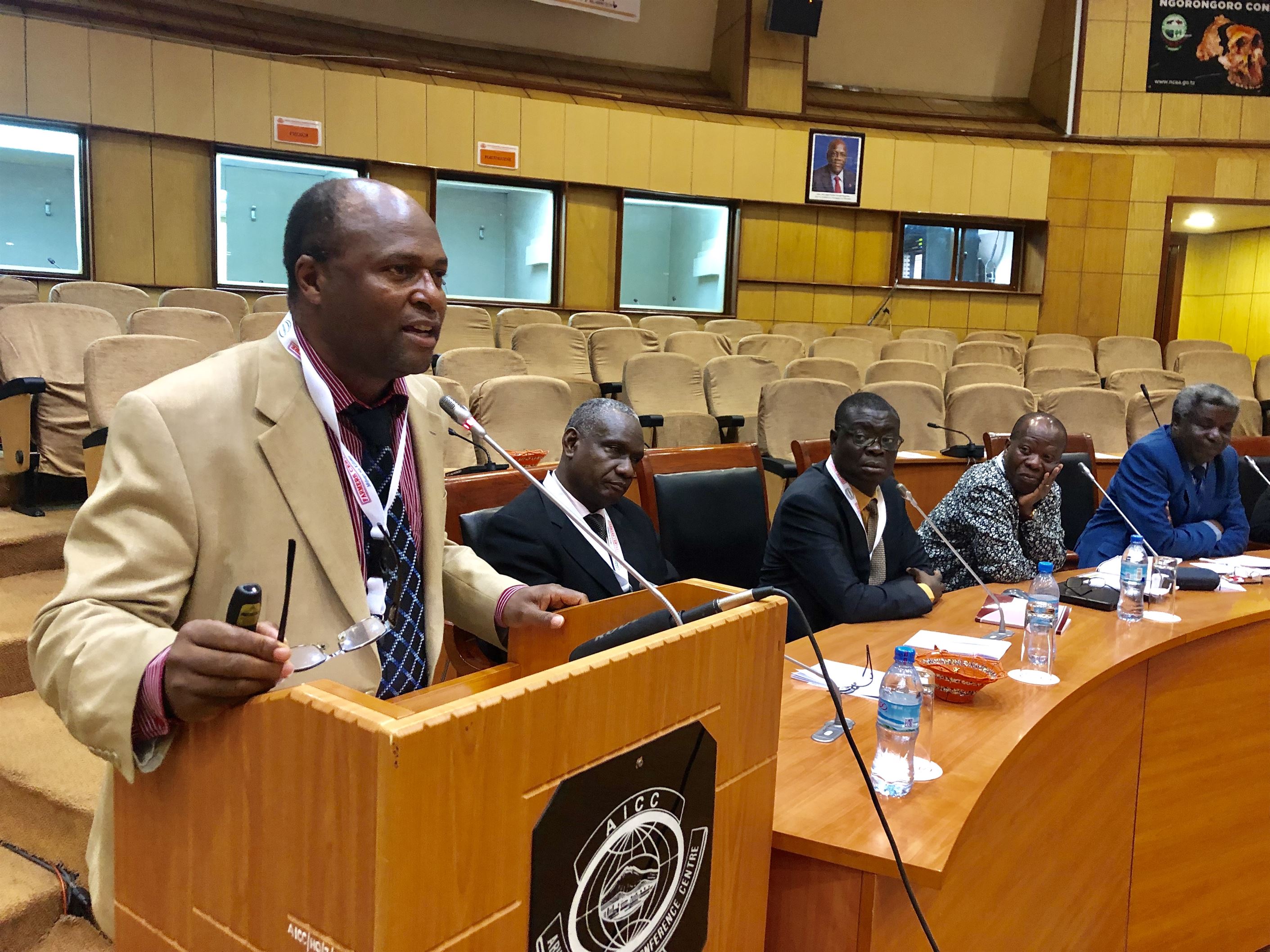 Prof. Robinson Mdegela who is a senior lecturer from Sokoine University of Agriculture (SUA) presenting a paper on the concept of One Health before the official opening of the conference 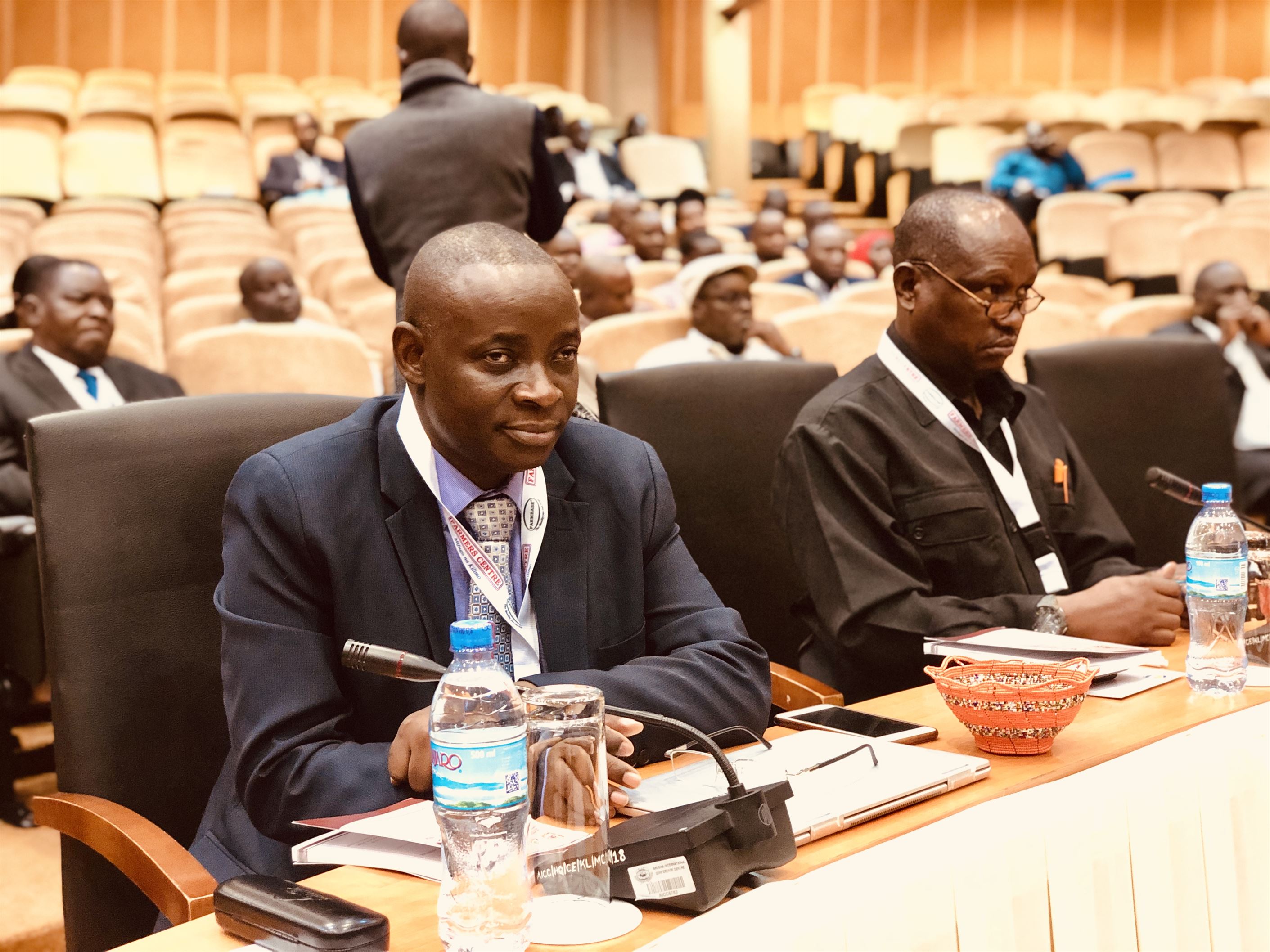 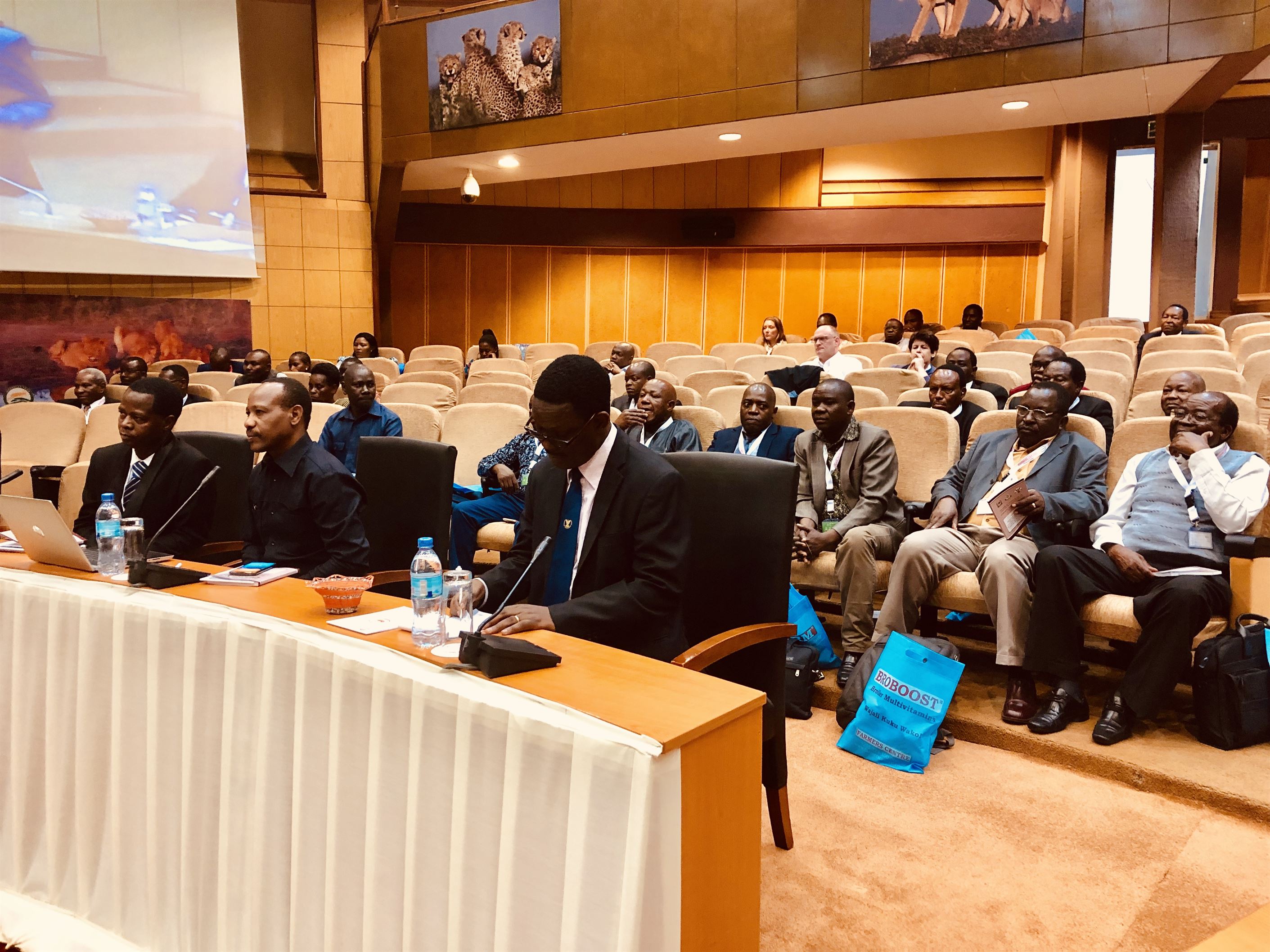 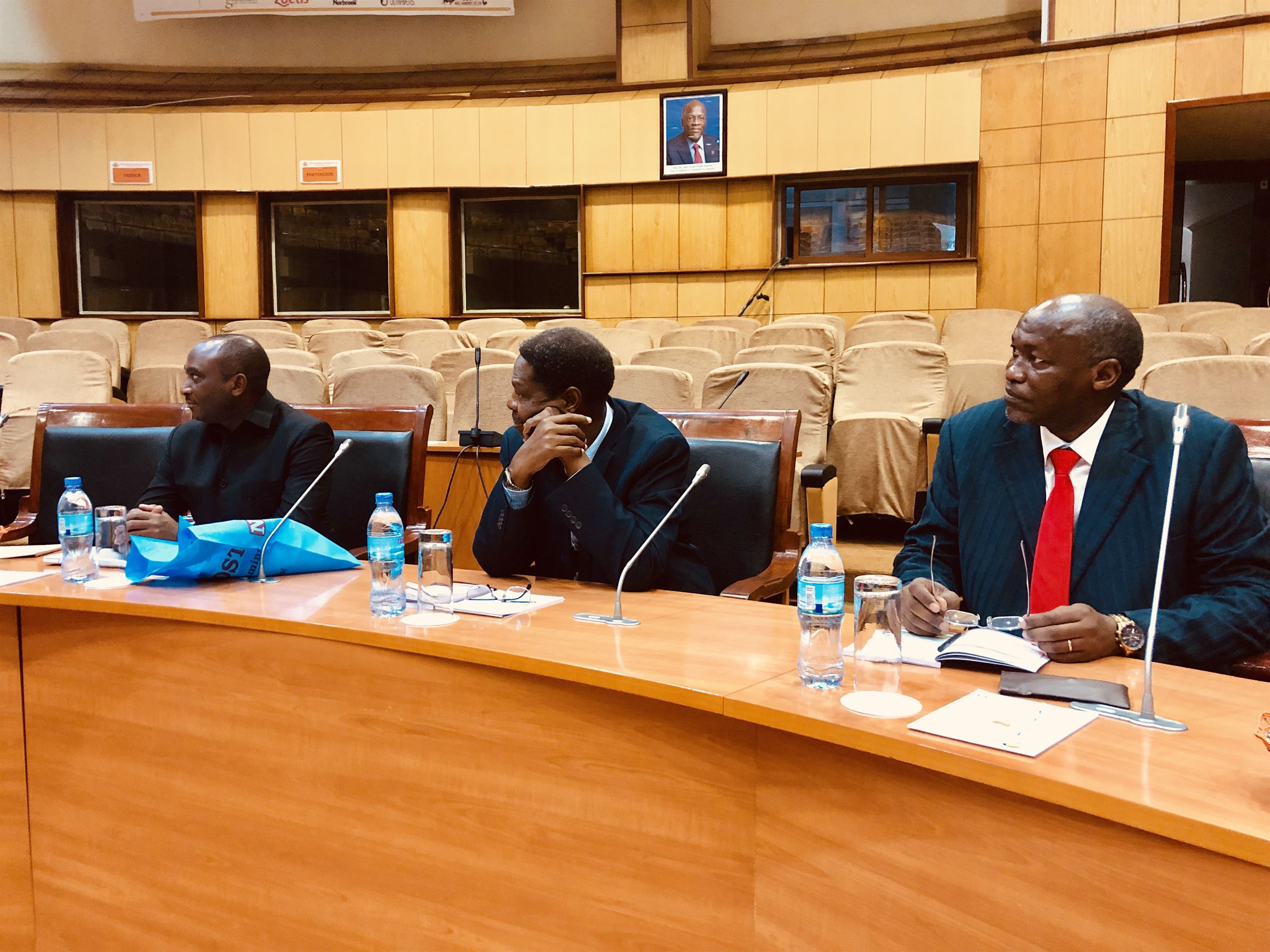 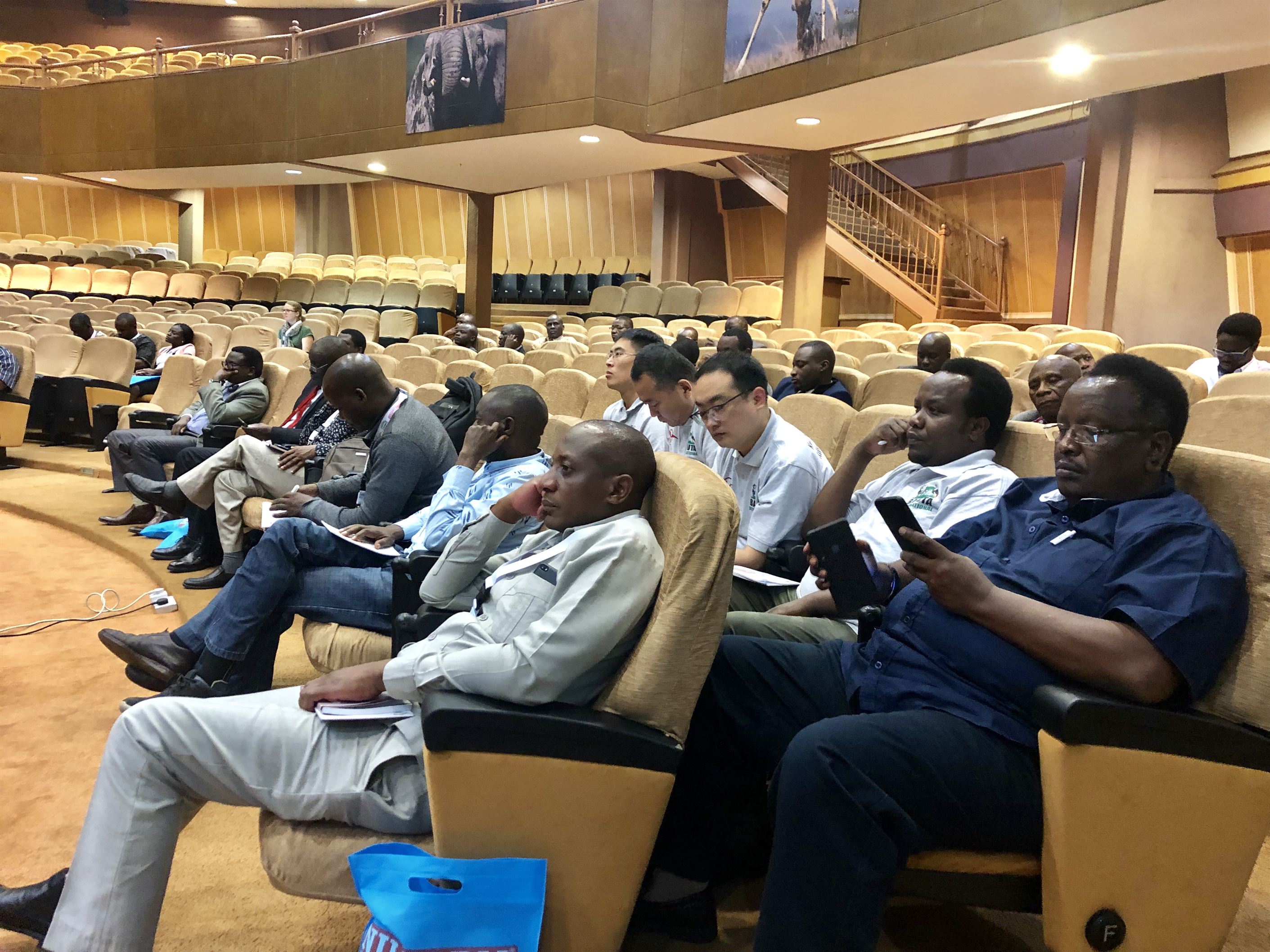 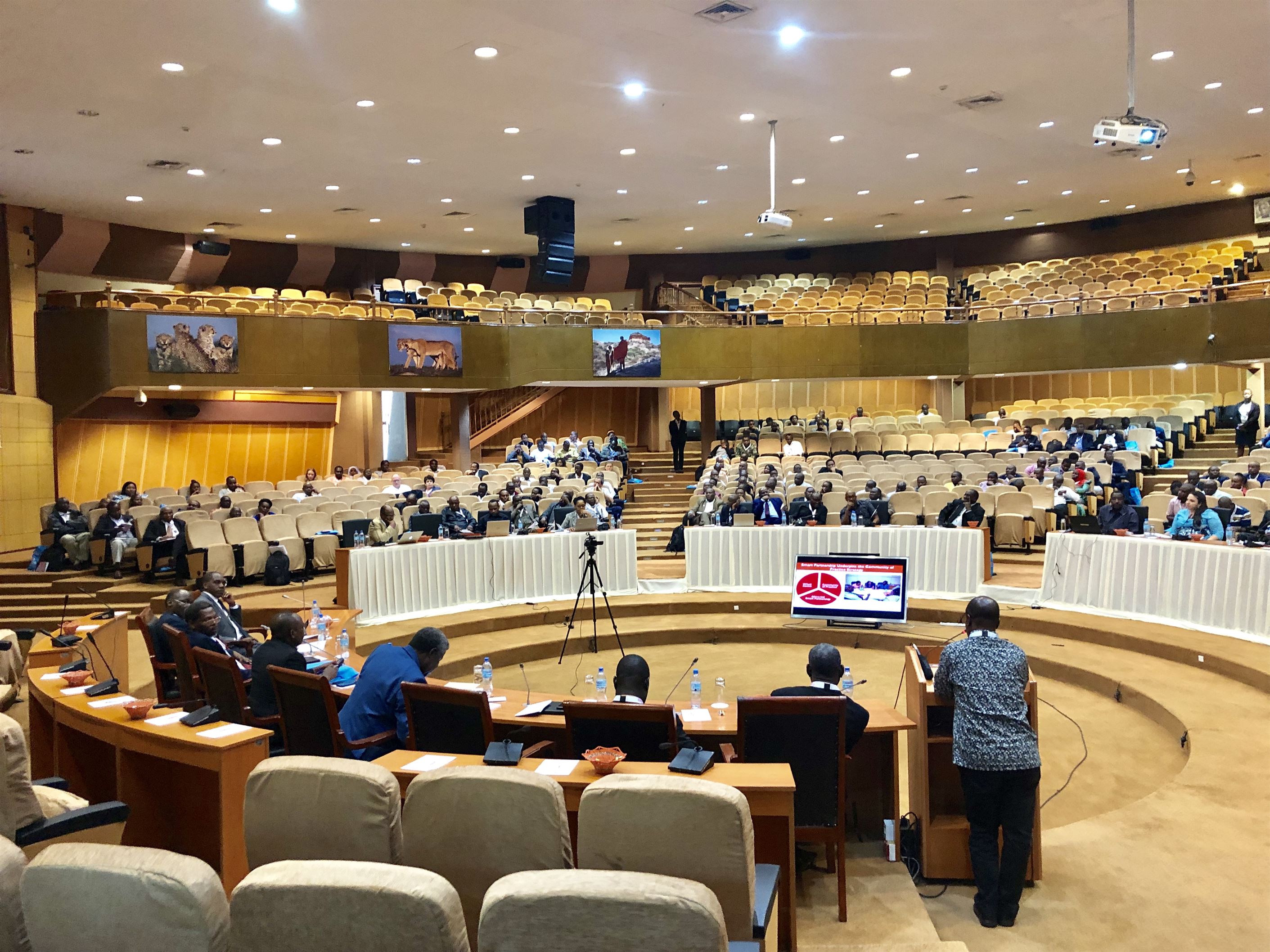 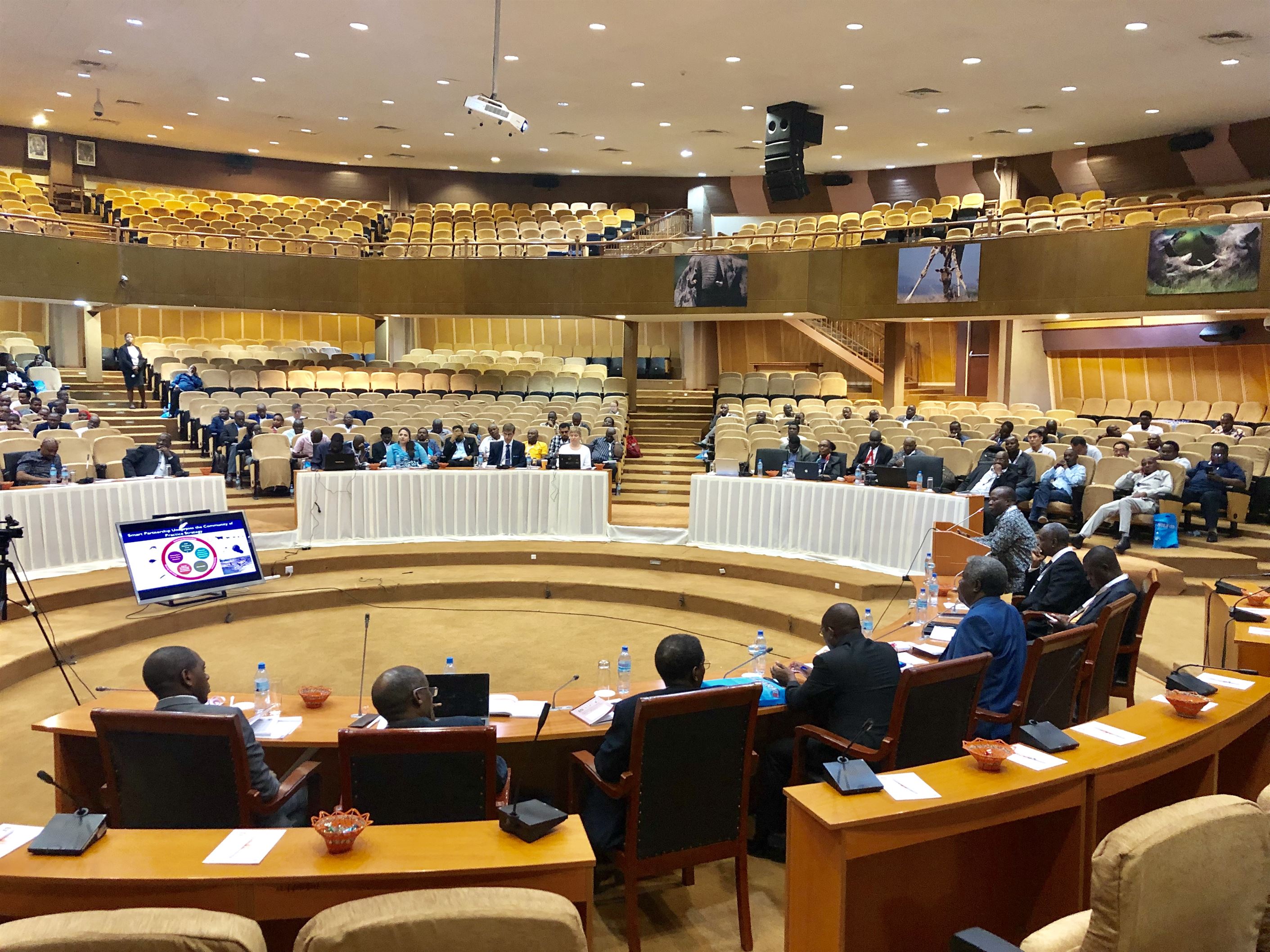 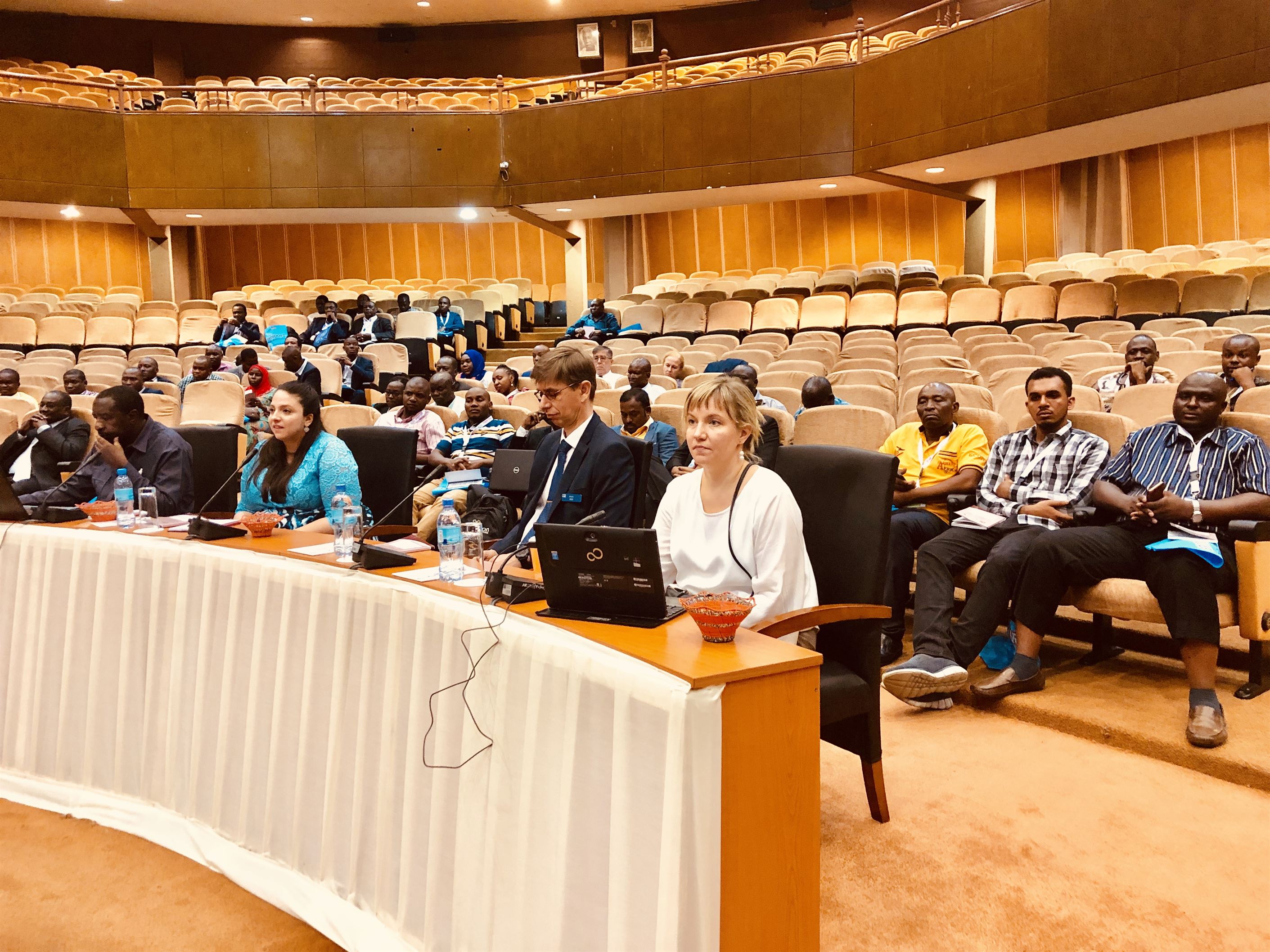