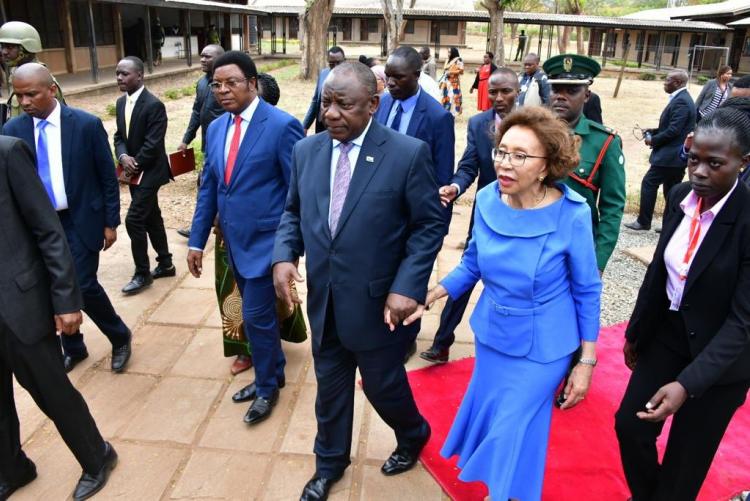 The aim of the visit was to come and see the development of Solomon Mahlangu campus facilities which was once used by the African National Congress (ANC) freedom fighters during liberation struggles. President Ramaphosa and his delegation visited various memorial sites including Unit three hostel, Vuyisile Mini Furniture Factory, an office at Klip town and a graveyard of the freedom fighters who died while in exile in Morogoro.

Both commended the efforts made by the founding fathers of both Tanzania and South Africa to establish Solomon Mahlangu Campus facilities which today stands as a monument of solidarity and friendship between the two countries as it tells the story of African determination to liberate itself. They  invited more bilateral collaboration between Sokoine University of Agriculture and South African Universities.

Before welcoming President Ramaphosa to speak to the audience, Prime minister, Hon. Kassim Majaliwa reaffirmed the commitment and readiness of Tanzania to work with South African Government to promote the bilateral cooperation especially on production capacity through industrialization so as to advance Tanzania’s agenda of becoming a middle income country by 2025.

Let me first express my hearfelt condolences to the people of Morogoro and Tanzania for the tragedy that took the lives of over 76 people almost a week ago. We wish those still in hospital a speedy recovery.

Today, we have come home.

We have returned to the place which, for three decades, provided shelter, comfort, nourishment and knowledge to thousands of South African freedom fighters.

This is a homecoming for several members of my delegation who lived here at some time in their exile lives.

Some were born here or came here as babies.

Most South Africans feel an affinity to Tanzania, especially to Morogoro.

No account of the anti-apartheid struggle is complete without Tanzania and in particular Morogoro’s chapter in that inspiring human narrative.

These are names that feature prominently in the telling of the stories of our struggle for freedom, and that will live forever in our national memory.

A number of important meetings were held here, and among those was the ANC’s landmark consultative conference, which was held here in Morogoro in 1969.

This year we mark its 50th anniversary.

The Conference was a pivotal moment in the struggle for our liberation, a moment of renewal and revitalisation.

The Morogoro Conference effectively defined the course of our struggle for the next two decades.

In fact, the frank, sometimes heated, discussions held here in Morogoro continue to echo through the liberation movement half a century later.

Although we now wage a new struggle – for economic emancipation – under very different conditions, the ‘1969 Strategy and Tactics document’ adopted here in Morogoro remains, to this day, an important and enduring point of reference.

The Morogoro Conference was made possible by the generosity of the government and people of the newly-independent Tanzania.

It was made possible, in particular, by the courageous leadership of Mwalimu Julius Nyerere, who had a vision of a free and independent Africa in which all its people could exercise their right to self-determination.

Guided by his conviction, Tanzania offered itself as a base for several liberation movements from across the region, including the ANC, PAC, FRELIMO, MPLA, ZAPU, ZANU and SWAPO.

Tanzania welcomed and housed large numbers of freedom fighters and refugees from struggles across Southern and sub-saharan Africa, providing an escape for those endangered by colonial oppression, wars of liberation and natural disasters.

In elaborating this selfless support for liberation movements, Tanzania encouraged and promoted African unity and solidarity.

For this, Tanzania paid a heavy price as the colonial and apartheid rulers of neighbouring states sought to destabilise the country and undermine its economy.

Tanzania will forever be remembered as the heart of the Southern African liberation struggle, and the people of our countries will remain forever grateful.

Today, we return to feel with our own hands the soil that sustained our freedom fighters over the many dark years of oppression, the soil in which the remains of several of these freedom fighters are now interred.

This is the soil that continues to provide life and sustenance to our Tanzanian brothers and sisters.

It is the soil on which the future of a prosperous, free and peaceful Africa will be built.

We therefore return here not only to remember, not only to pay tribute to the courageous women and men who made sacrifices and fought for our freedom, not only to convey our everlasting gratitude to the people of Tanzania.

We return here because we desire – like the people of this area and all the people of Tanzania – to see this as a place of development, of commerce, of learning and of prosperity.

Together with the people of Tanzania, we want this place to have a future that is as glorious as its past.

That is why we are greatly encouraged by initiatives like the SOMAFCO Future Africa Precinct, which aims to remember and celebrate our past while investing in infrastructure and economic opportunities that make a tangible difference in the lives of the people of this area.

This builds on the valuable work that the SOMAFCO Trust has been doing over several years to deepen the ties of solidarity and understanding between the youth of South Africa and Tanzania and thereby encouraging tourism and other investments opportunities.

It is work that serves to remind young people of the importance of this place in the history of our country and of the contribution that Tanzania and several other African countries made to the attainment of our freedom.

Through these efforts, the ties between Morogoro and South Africa have been sustained although a quarter of a century has passed since most of our people went back home.

It is our task now, as the heirs of this great heritage, to deepen these ties through economic cooperation and development.

We need to work together to bring investment into this region, to develop social and economic infrastructure, to create employment and opportunity.

Let us work together to open up markets in South Africa and other parts of the region for the goods produced in this region.

Let us share the skills, knowledge, experience and technology that we possess.

Let us work together to make the African Continental Free Trade Area a powerful instrument for industrialisation and inclusive development.

Between us, and together, we have the means to transform our countries, our region and our continent.

The foundation for this great and noble undertaking are to be found here, in this earth.

On behalf of the Government and people of South Africa, I wish to express our heartfelt gratitude to President Magufuli and the people of Tanzania for the invitation to feel once again the warm soil of Mazimbu.

We look forward to working together – side by side – to build a future for the peoples of our two great nations and for the people of Africa. 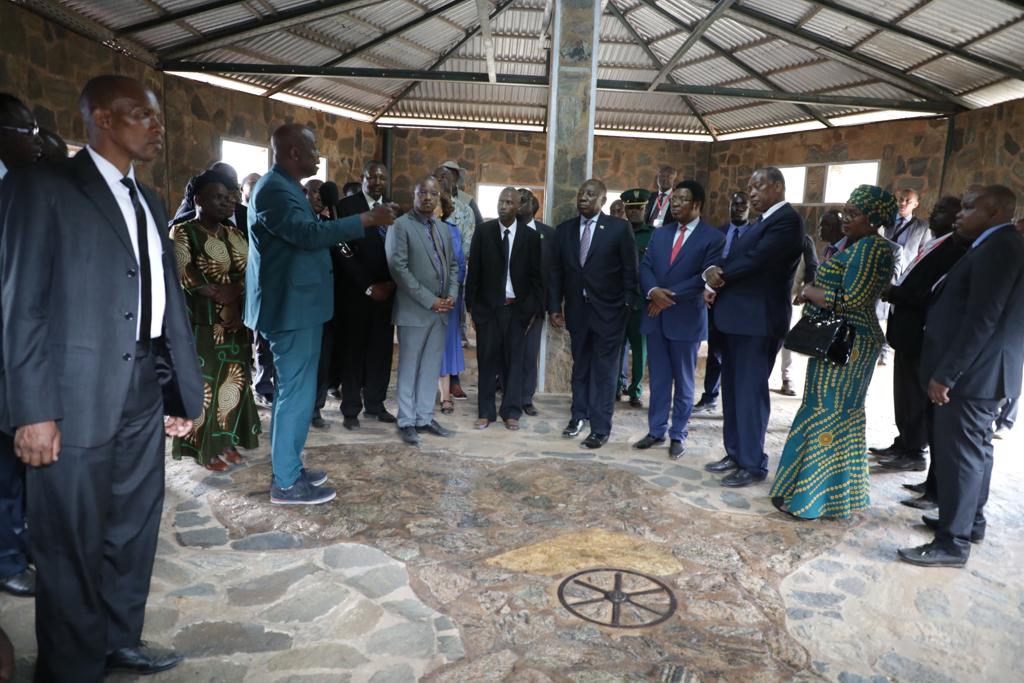 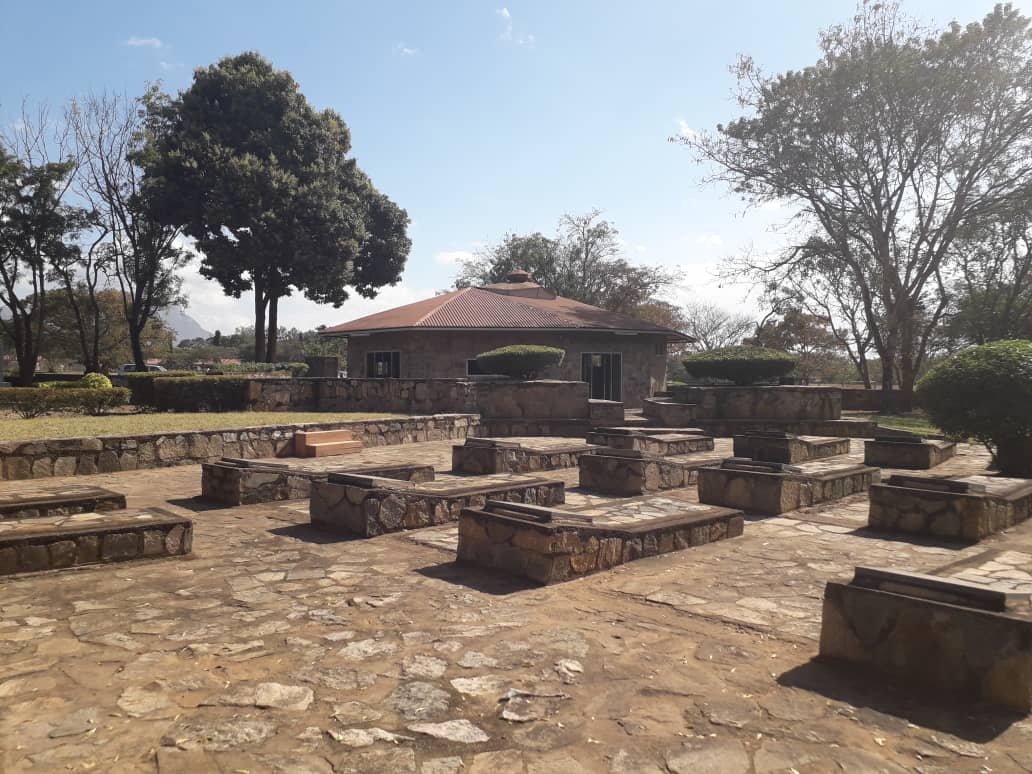 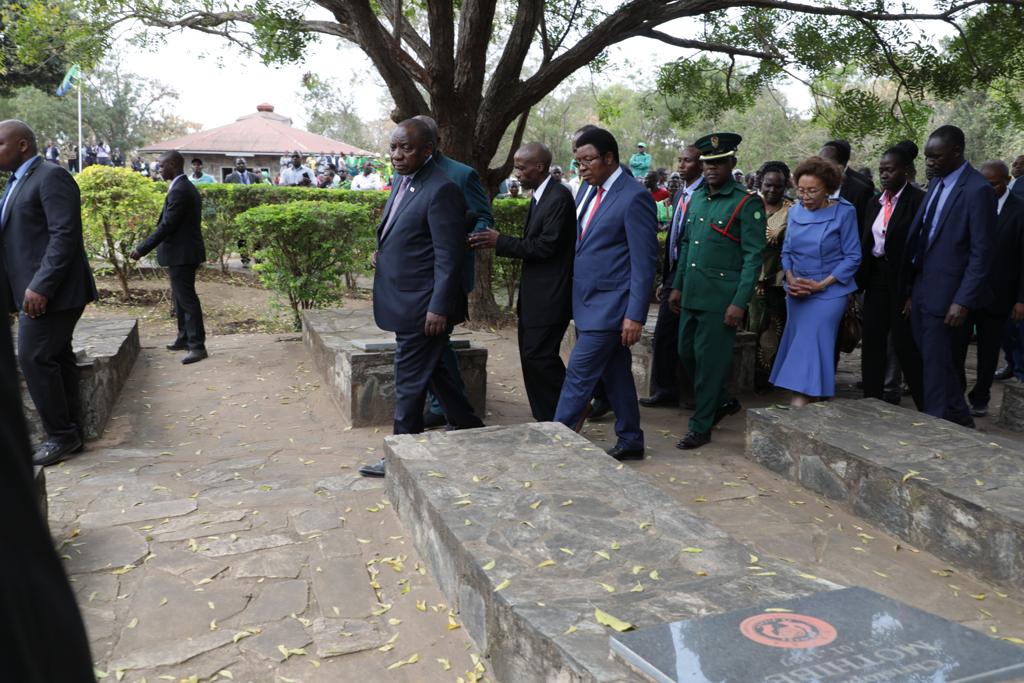 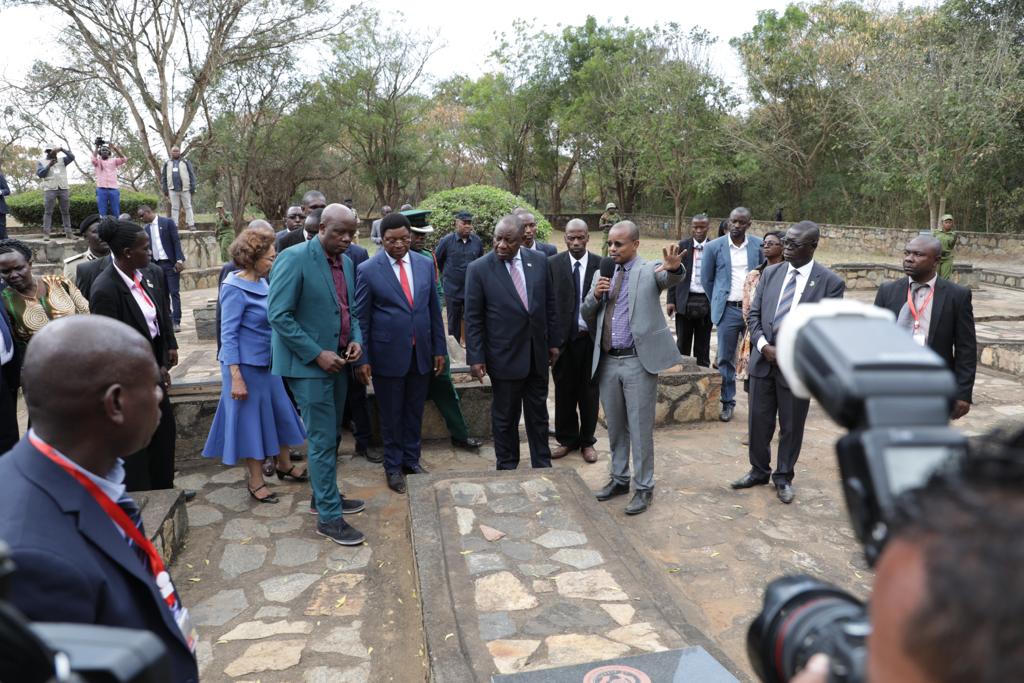 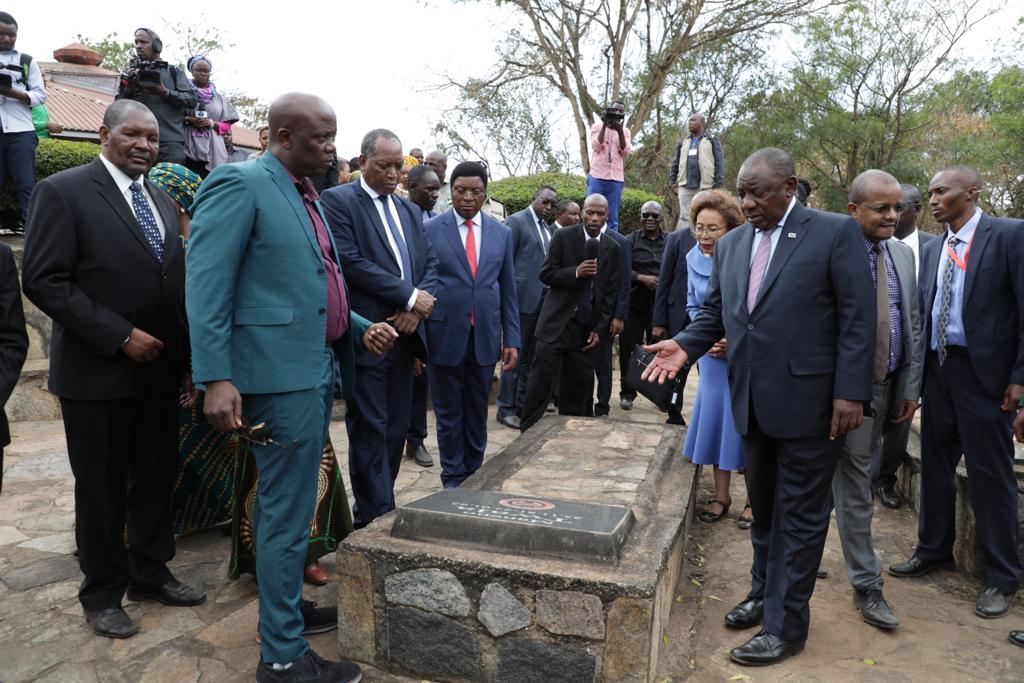 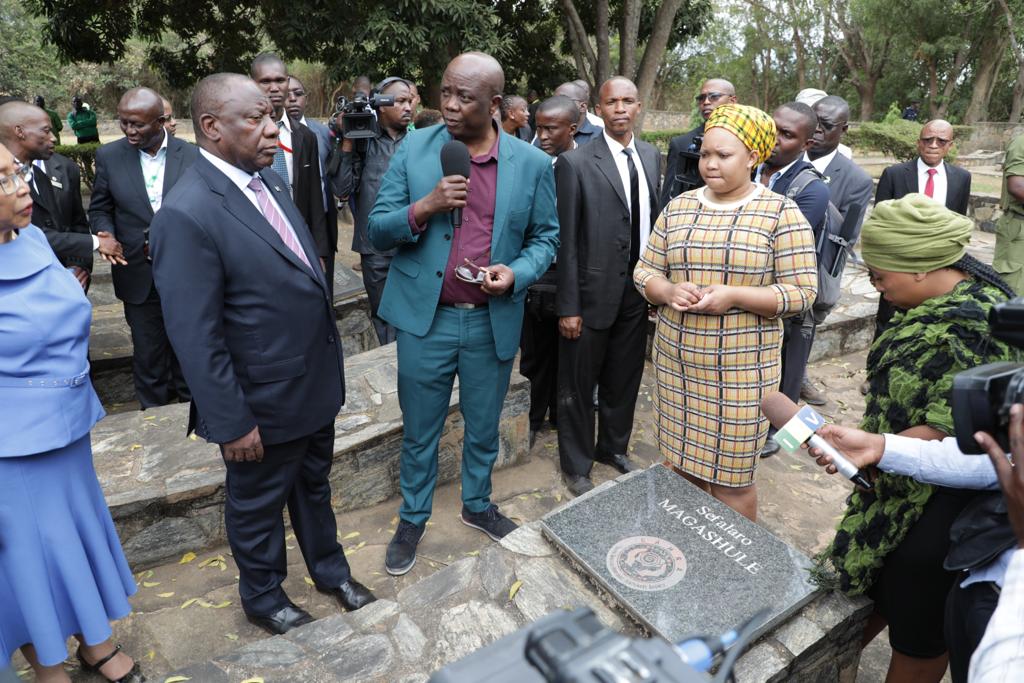 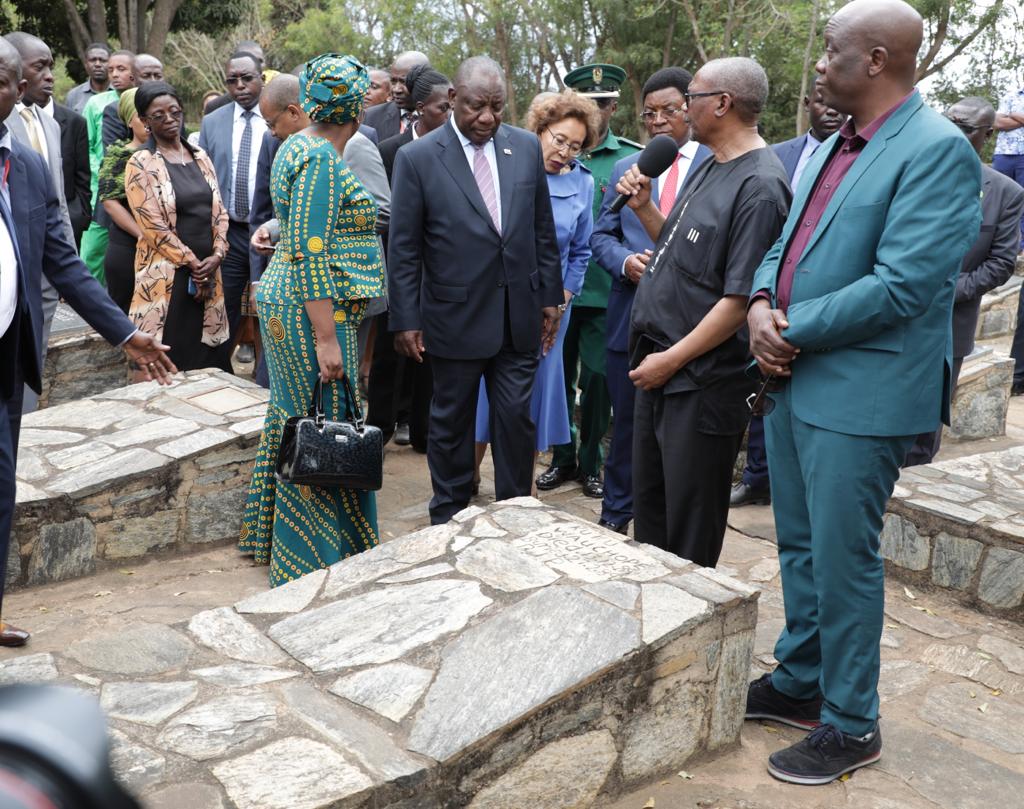 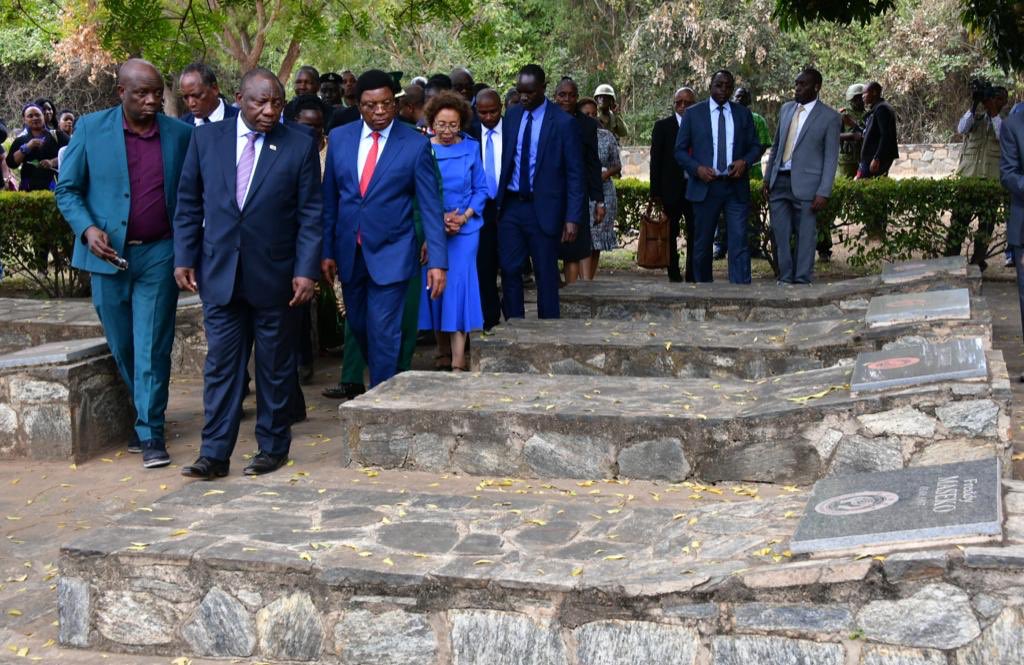 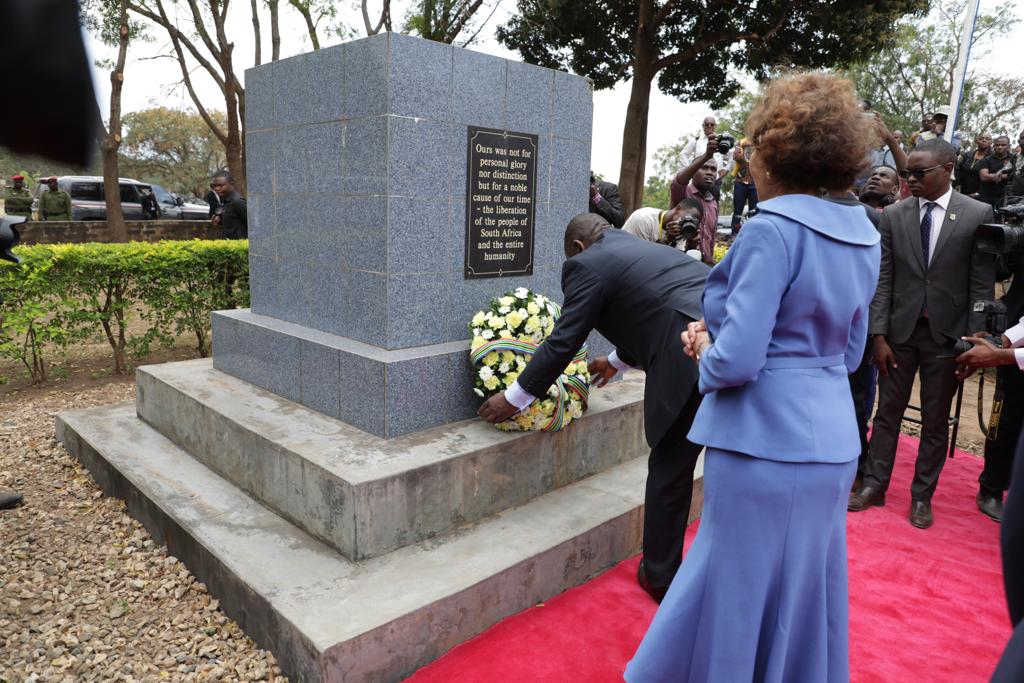 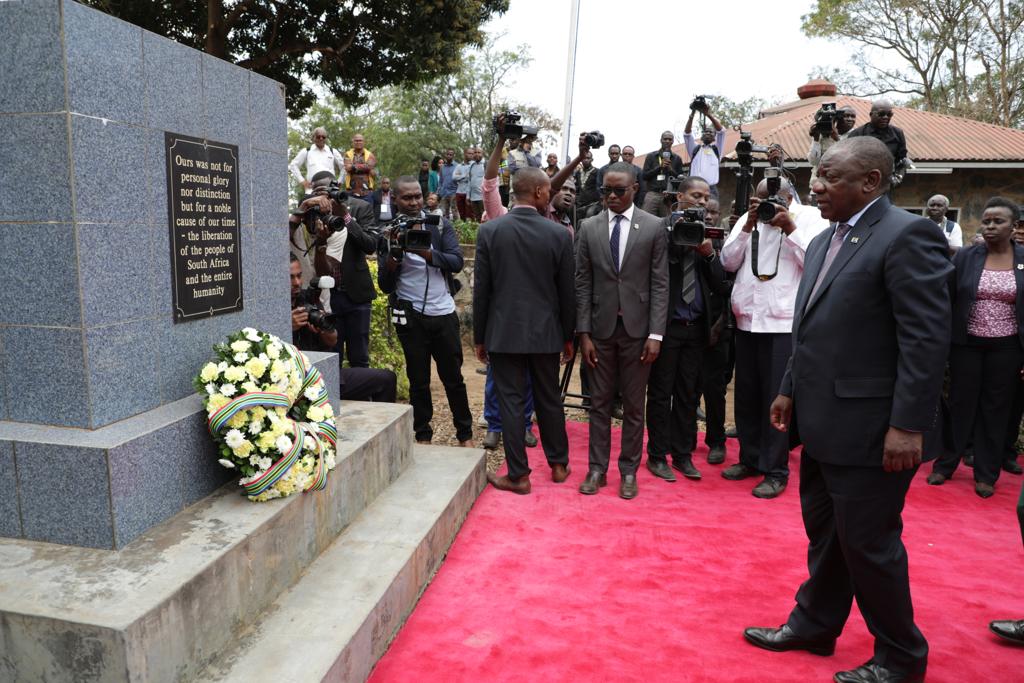 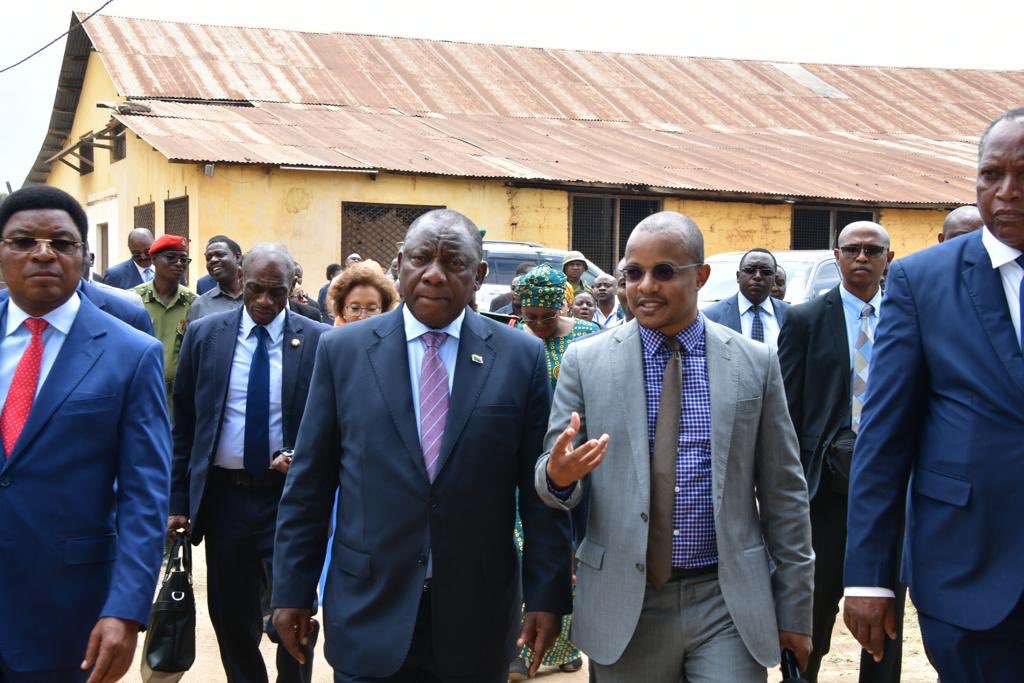 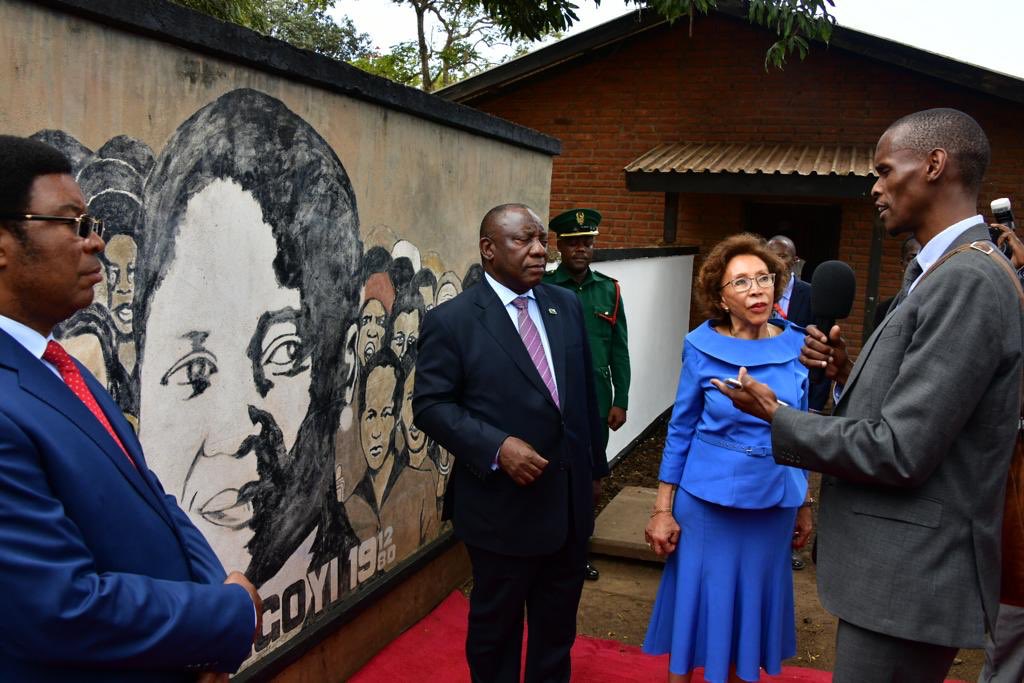 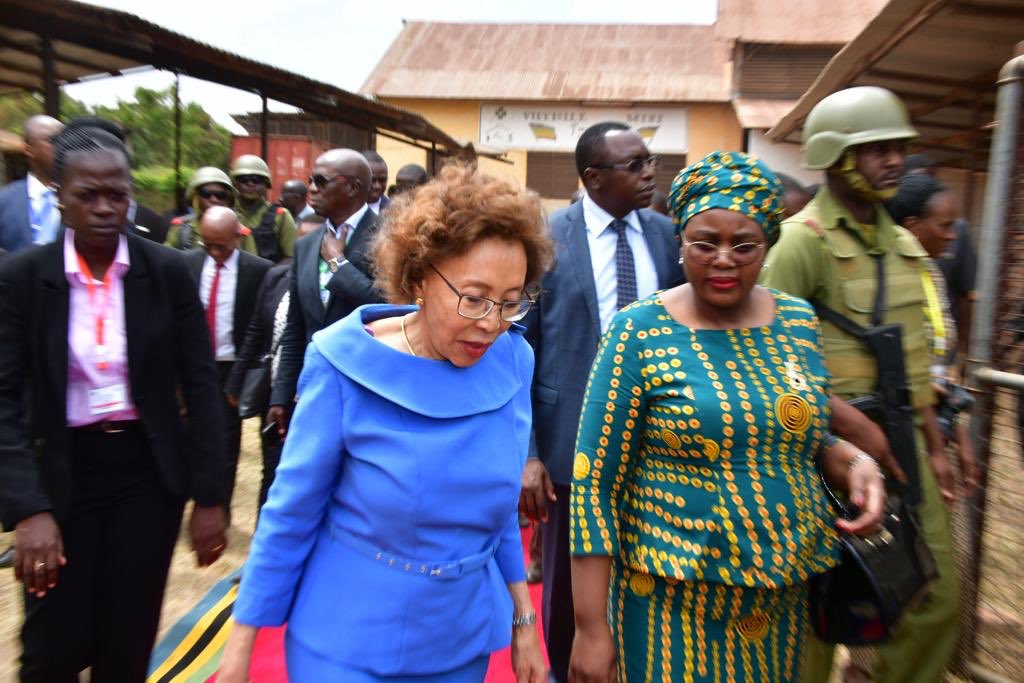 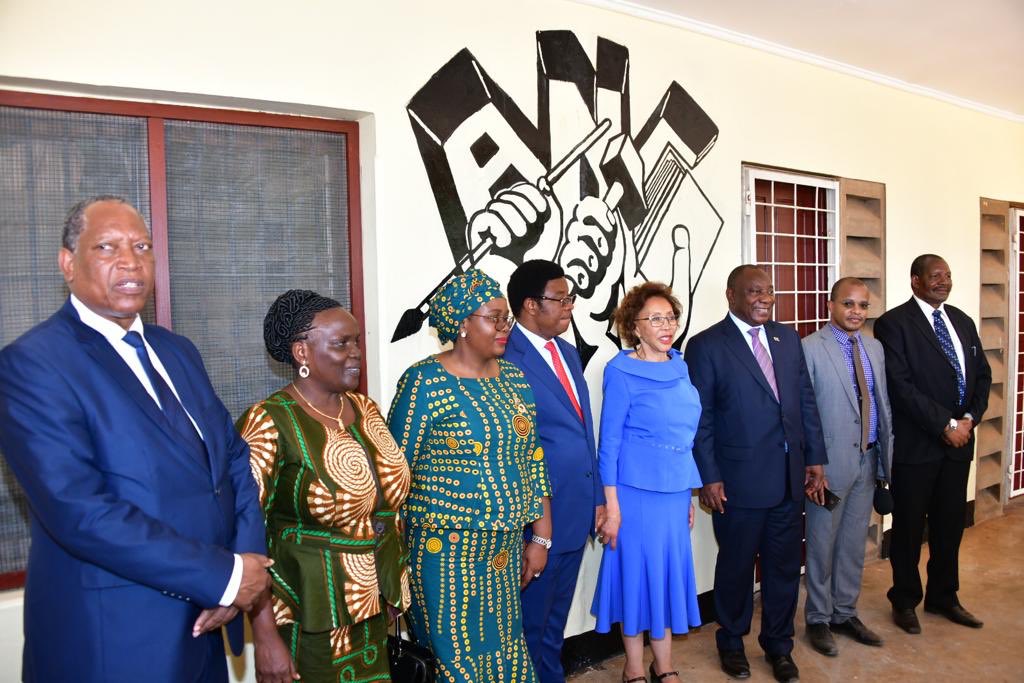