Researchers from Sokoine University of Agriculture (SUA) have advised the government and other stakeholders to put focus and more emphasis on agribusiness especially in crops that produce in the short term as a way of creating more jobs for young people and women in the country. 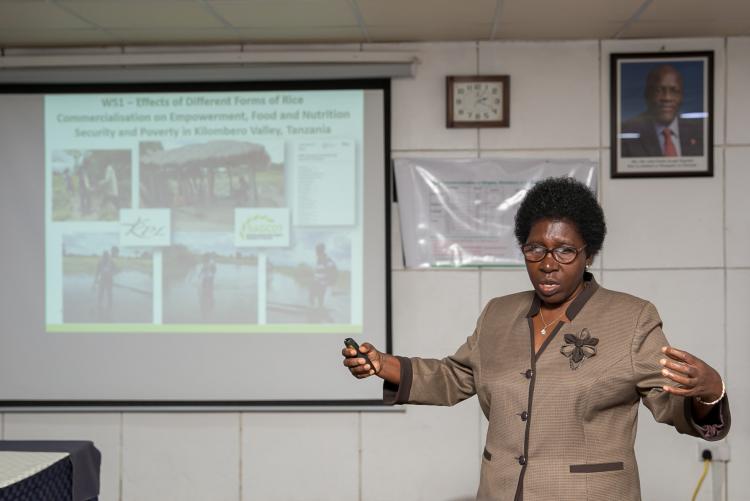 The lead researcher for The Agricultural Policy Research in Africa (APRA) project Prof. Aida Isinika explaining the results of the study to journalists from various local and foreign media outlets

The advice was given by researchers from the Agricultural Policy Research in Africa (APRA) project in Tanzania from Sokoine Agricultural University (SUA) on 21st October 2020 while presenting the results of their research in a special event that brought together journalists from various local and foreign media outlets held in Morogoro region.

Country Research Lead for APRA from SUA, Prof. Aida Isinika explained that agribusiness is said to be a savior for many farmers and is also a major source of poverty alleviation for farmers as it improves their livelihoods. She called on agriculture stakeholders, including the government, through the Ministry of Agriculture, to increase the capacity and motivation of farmers to cultivate commercial crops, especially those that take short-ltime in the field. 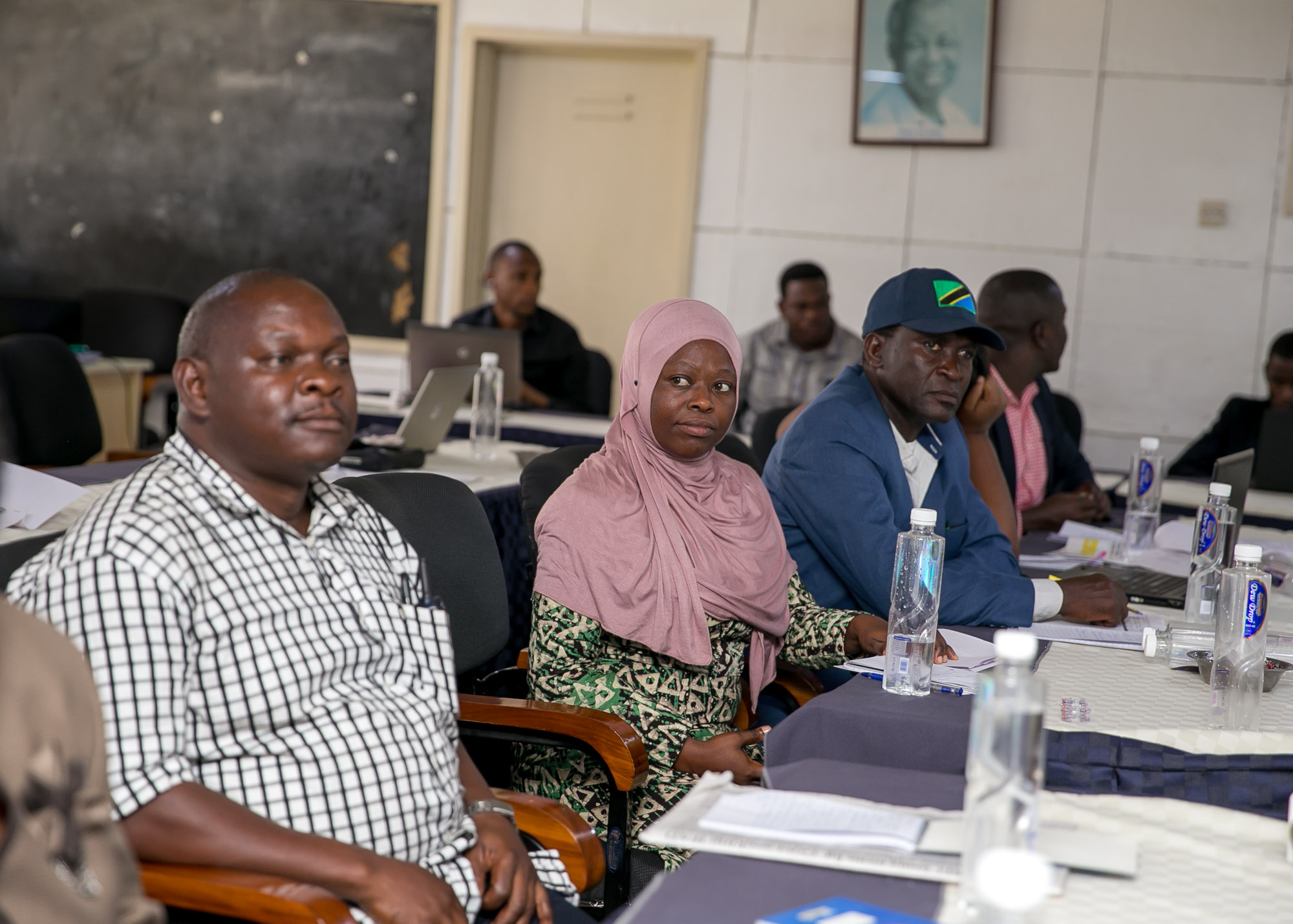 Prof. Isinika added that the role of any research is to find solutions to the challenges in society and to know how to eliminate them and they have focused on the area of ​​agribusiness as studies around the world show that farmers participating in agribusiness get rid of poverty faster which leads many governments. the world to encourage its citizens to engage in agribusiness farming to alleviate poverty.

She said in their ongoing research study, they noted the existence of productive agriculture among the farmers who visited them and this is due to various efforts made by agricultural stakeholders and the government and that this makes it easier for these farmers to enter agribusiness as they already have enough production the only thing left now is to persuade these farmers and educate them on how to get into agribusiness. 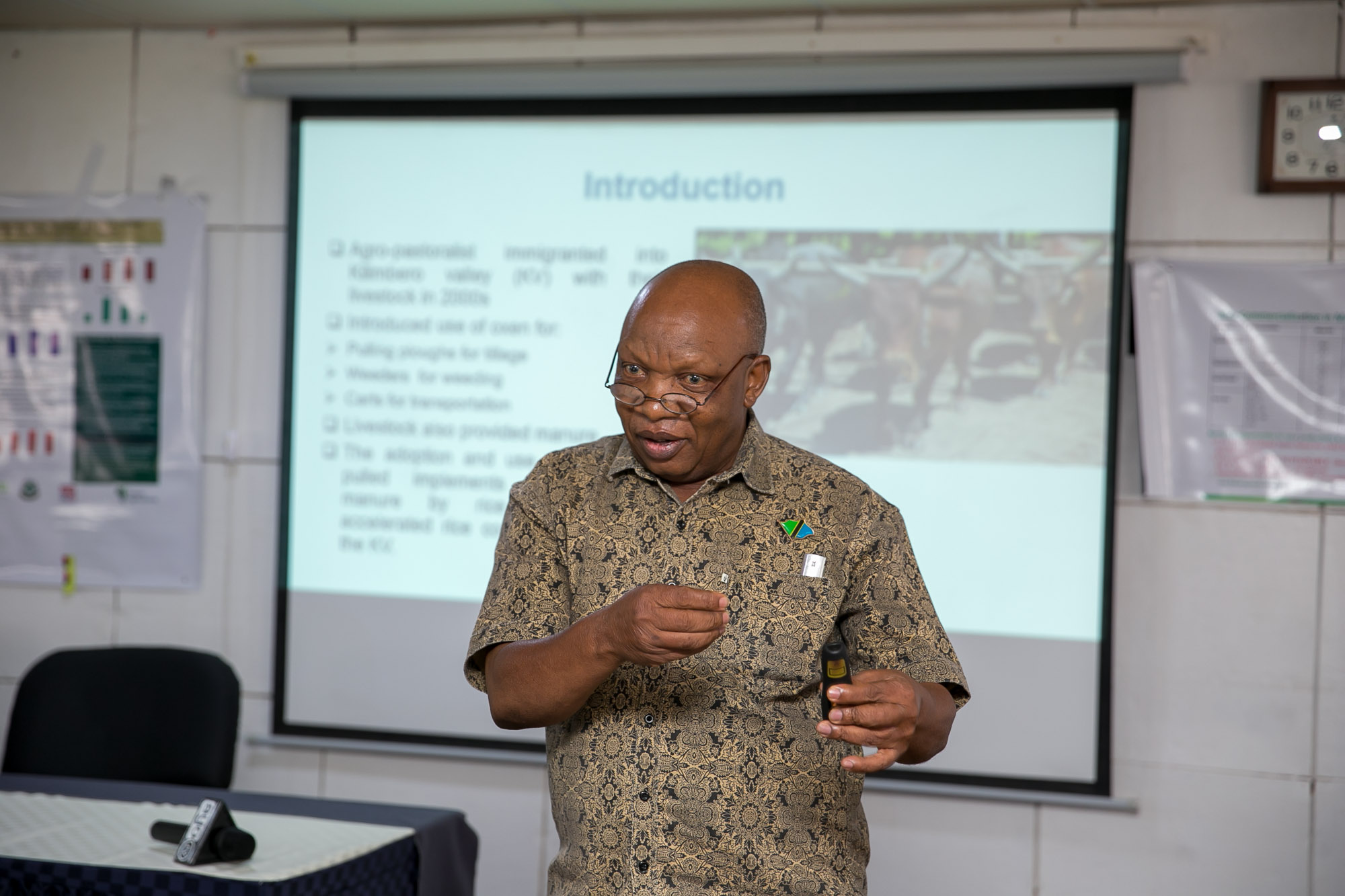 Prof. Ntengue Mdoe explaining about agribusiness and its benefits to the community including the youth

For his part, the researcher of the project, Prof. Ntengua Mdoe said the results of the project research show that there are significant benefits from smallholder farmers and surrounding communities by engaging in direct farming or in the value chain for various ongoing activities in the area helps young people and mothers to become self-employed and earning a guaranteed income.

"In this study, we have seen young people who are involved in agriculture earn more than a young person even employed or moving goods on the street because in agriculture many young people especially men have been farming following the guidelines of experts and use the best seeds so they get high yields. But also young people do not want to cultivate crops that take a long time in the field until harvest they seem to like to cultivate fast income crops" said Prof. Mdoe.

Prof. Mdoe said through their research, they are advising the government and other agricultural stakeholders to now focus on agribusiness for short-term crops as they have found it to be non-selective and easy-to-use agriculture for all types of people.

The senior researcher on Agriculture and Gender, Dr. Devotha Kilave said in the study they also looked at the contribution of agribusiness in helping women and that the presence of high productivity leads the farmer to do commercial farming thus enabling women to be self-employed and earn a secure income. 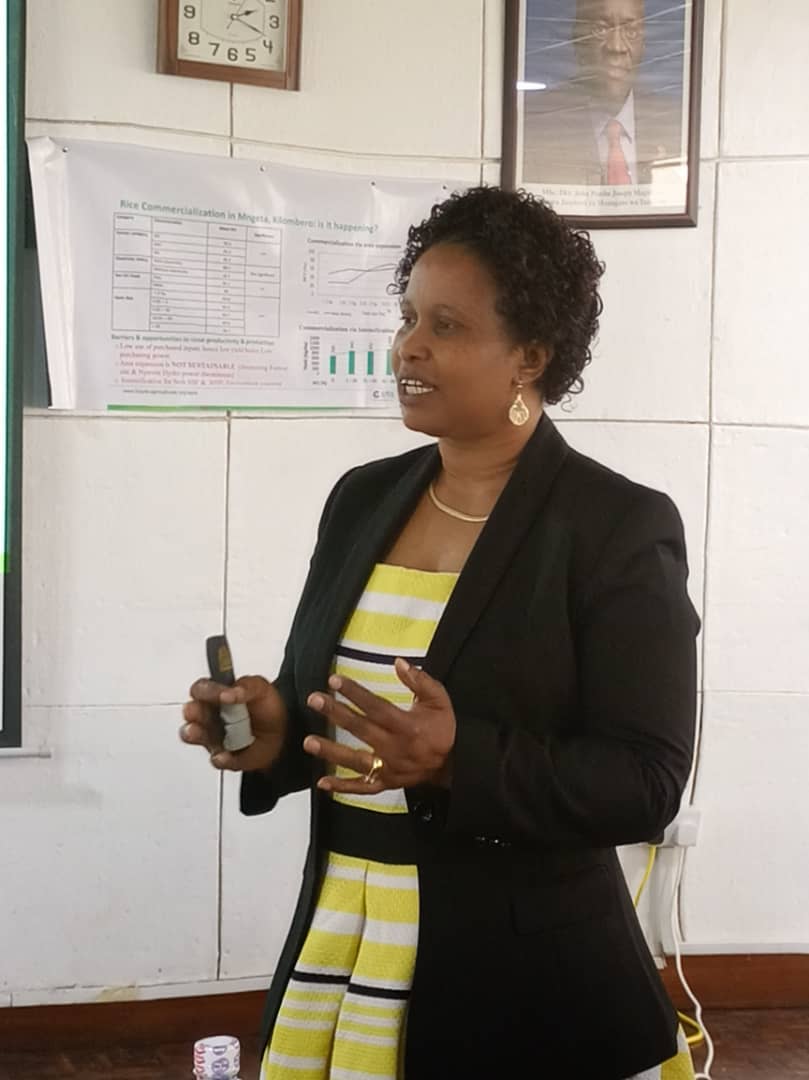 A senior researcher on Agriculture and Gender issues, Dr. Devota Kilave explaining the contribution of agribusiness in uplifting women.

The Agricultural Policy Research in Africa (APRA) project research in Tanzania is based on rice and sunflower crops as they are a source of food and economy and are short-lived in the field and they chose Morogoro Region Kilombero district and Singida Region in Iramba district and Mkalama with more than 500 farmers reached. The project began in 2017 and is expected to end in 2021.