SUA - APOPO partnership in the news

This post was originally published by Science News Magazine on Monday, 14 May 2018. To access the full article, visit here. 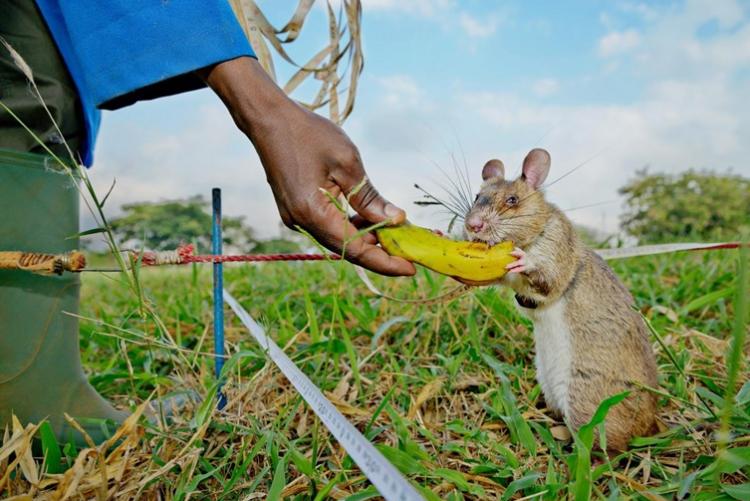 What do land mines and tuberculosis have in common? Both kill people in developing countries — and both can be sniffed out by rodents that grow up to 3 feet, head to tail.

Since 2000, the international nonprofit APOPO has partnered with Tanzania’s Sokoine University of Agriculture to train African giant pouched rats (Cricetomys ansorgei) to pick up the scent of TNT in land mines. By 2016, the animals had located almost 20,000 land mines in Africa and Southeast Asia.

To help more people, Georgies Mgode, a zoonotic disease scientist at Sokoine, and colleagues began training the rats to recognize tuberculosis, an infectious disease that killed about 1.6 million people in 2016. The most common diagnostic tool — inspection of patients’ sputum under a microscope — can miss infections more than half the time. More accurate technologies are costly or still in testing (SN Online: 2/28/18).

“Every disease, anything organic, has a smell,” says Mgode. Mycobacterium tuberculosis, the bacterium that causes TB, emits 13 volatile chemicals that set it apart from other microbes, he and colleagues reported in 2012. Training a rat to be a TB sniffer, recognizing those smells in phlegm, takes about nine months.

To start, trainers bond with 4-week-old rats, naming the pups, playing with them and hand-feeding them. During training, the rats get a food reward when they pause at infected samples. Most trained rats can work through 100 samples in less than 20 minutes, faster than other methods, Mgode says.

Still, convincing others to accept the rats as a diagnostic tool has been a challenge. On April 4 in Pediatric Research, Mgode and colleagues made their latest pitch, based on over 55,000 sputum samples from Tanzanian clinics examined by trained rats between 2011 and 2015. Microscopy detected TB in 8,351 samples. The rats detected those, plus 2,745 more, later verified by standard methods. The animals did especially well on samples from young kids, who often cough up less phlegm for testing and have low bacterial counts.

Today, as part of the continuing research project, the rats screen TB samples from Tanzania and Mozambique, and soon Ethiopia. But the rats have yet to receive global approval from the World Health Organization.

“We are working very hard according to good lab practices, we have well-documented protocols and we are abiding by endorsed techniques,” Mgode says. “People [with TB infection] who are being missed in the hospitals are being confirmed by the rats.”