Sokoine University of Agriculture (SUA), Muhimbili University of Health and Allied Sciences (MUHAS) and experts from Tanzania Food and Nutrition Centre (TFNC) have been commended for their efforts to stop malnutrition in children aged six months to 59 months and treat children with Malnutrition from six months to 23 months by making low-cost supplementary food products. 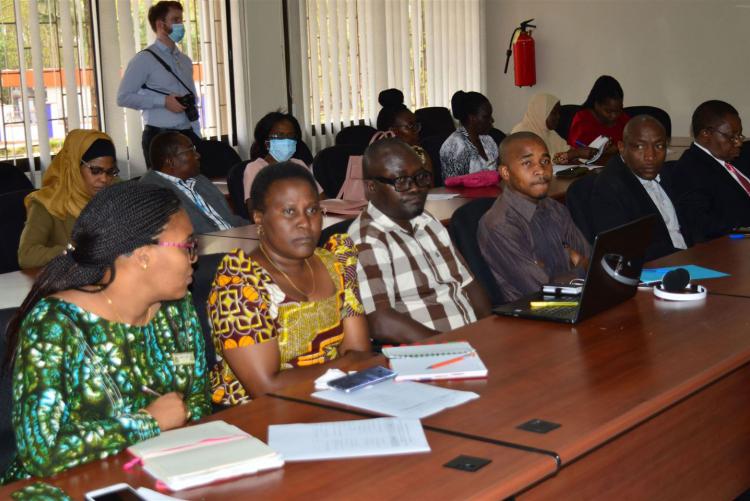 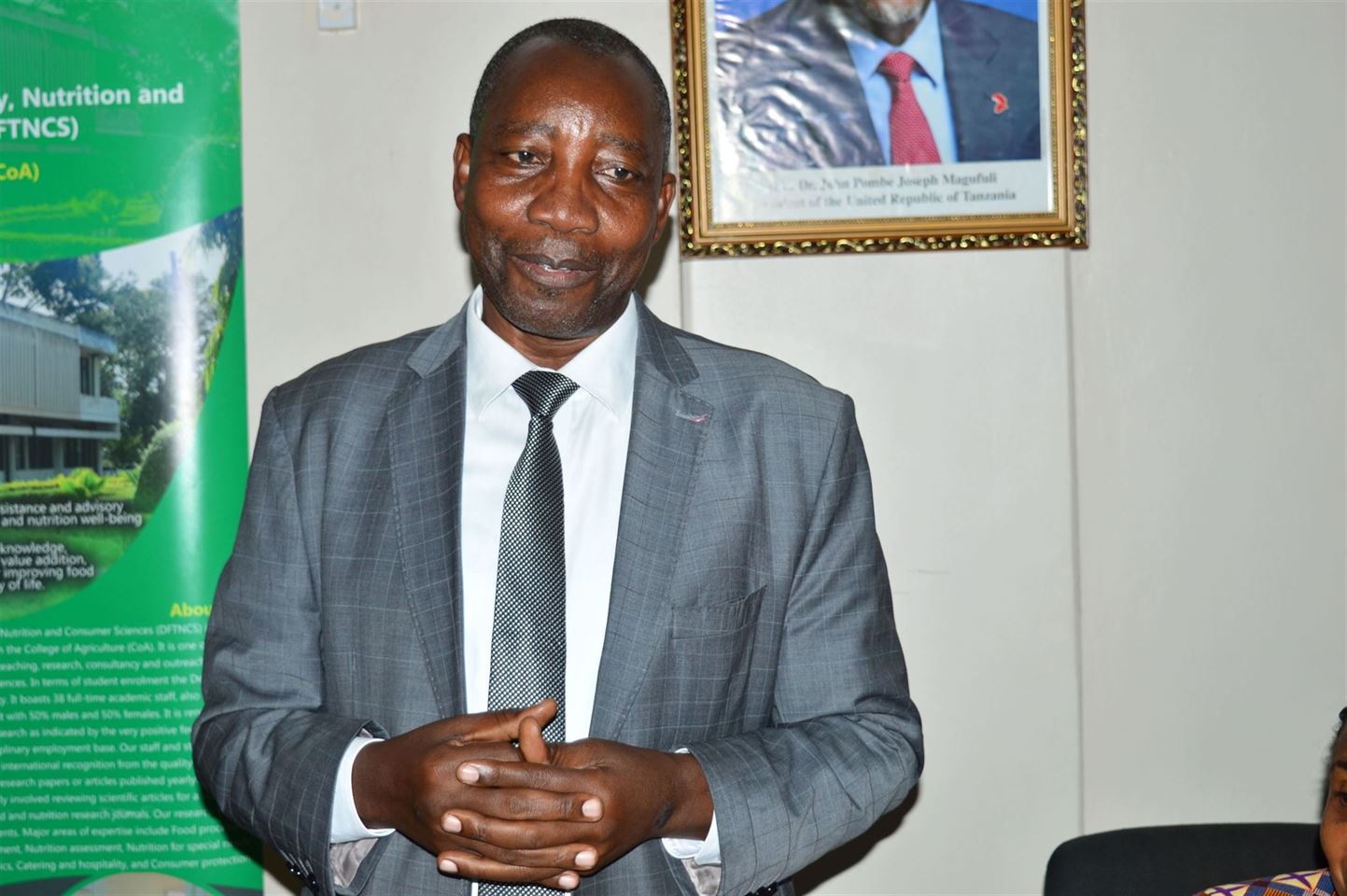 He said that the supplementary foods will be made using locally available cereals which will contribute to increasing employment and income for Tanzanians who will produce the food and cereals needed by the project.

"Let me make it clear that the manufacture of these supplements for children will bring great success in addressing the problem of malnutrition in children under the age of five" said Mr. Mbaga

He added that the manufacturing will be done in conjunction with research on the effectiveness and acceptance of such foods.

On behalf of the Government of the United Republic of Tanzania, Mr. Mbaga sincerely thanked the World Food Program (WFP) and the European Union for their financial support and professional cooperation in facilitating the implementation of various nutrition initiatives in Tanzania. 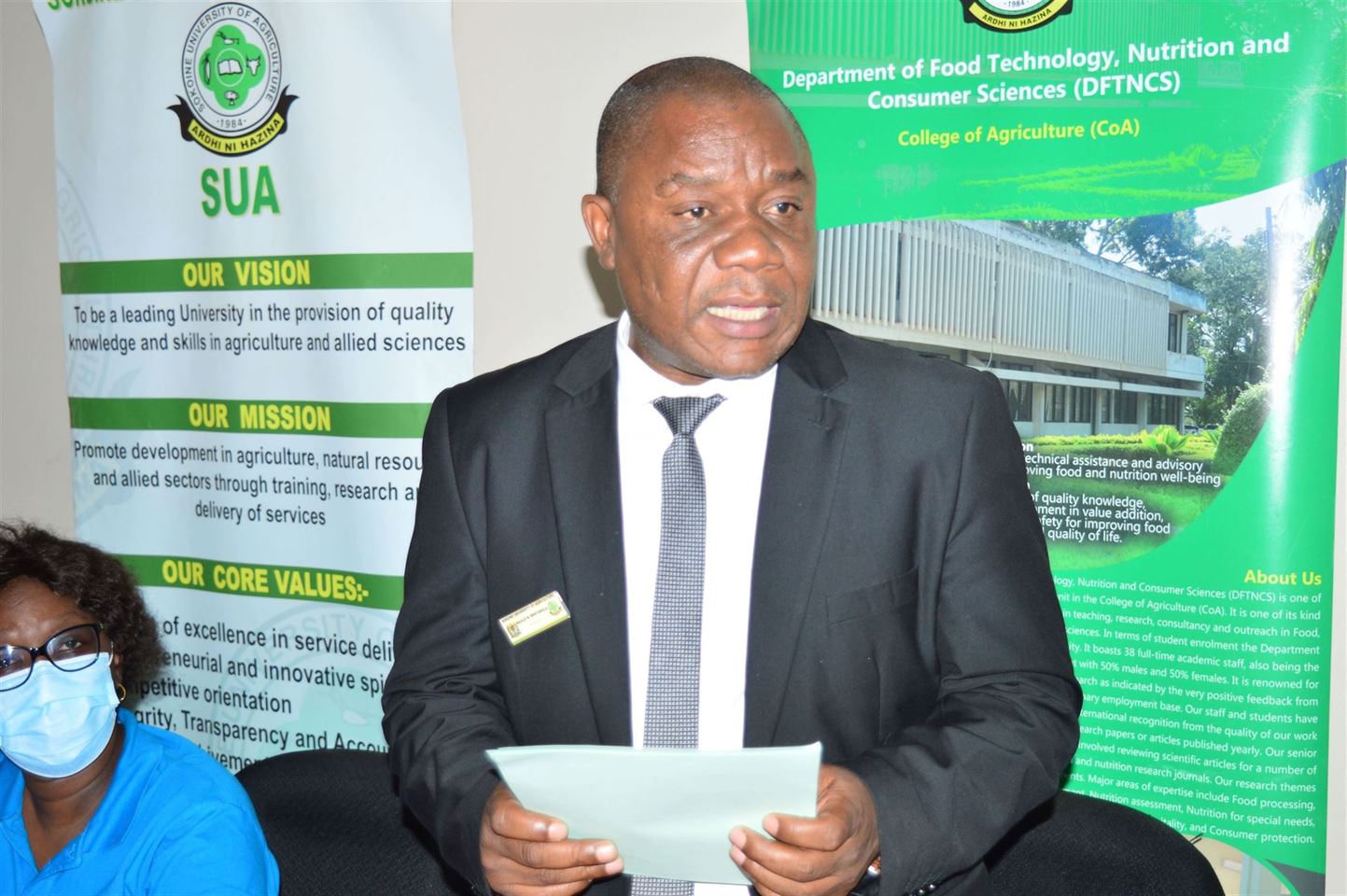 Initially speaking on behalf of the Vice Chancellor of Sokoine University of Agriculture (SUA) Prof. Raphael Chibunda, Deputy Vice Chancellor (Academic) Prof. Maulid Mwatawala thanked the guest of honor for setting aside his time and for agreeing to come and participate in the launching of the project.

He noted that his participation in the event was a sign of recognition of the need to produce supplementary food at Sokoine University of Agriculture (SUA) and other institutions in order to increase access to nutritious food for children in an effort to fight the challenge of Malnutrition.

“Dear guest of honor, Sokoine University of Agriculture and our partners in this project are very grateful and happy for you to agree to come and be with us today. Once you leave here, we ask you to go and see the various laboratories involved in the production of this supplement food and we are confident that we will produce more and in the required quality” said Prof. Mwatawala

Prof. Mwatawala said the project was a partnership between Sokoine University of Agriculture (SUA), Tanzania Food and Nutrition Centre (TFNC), Muhimbili University of Health and Allied Sciences (MUHAS) and the World Food Program (WFP) while the Tanzania Bureau of Standards in the country (TBS) is partnering with the project to ensure that food is produced in the best standards and requirements. 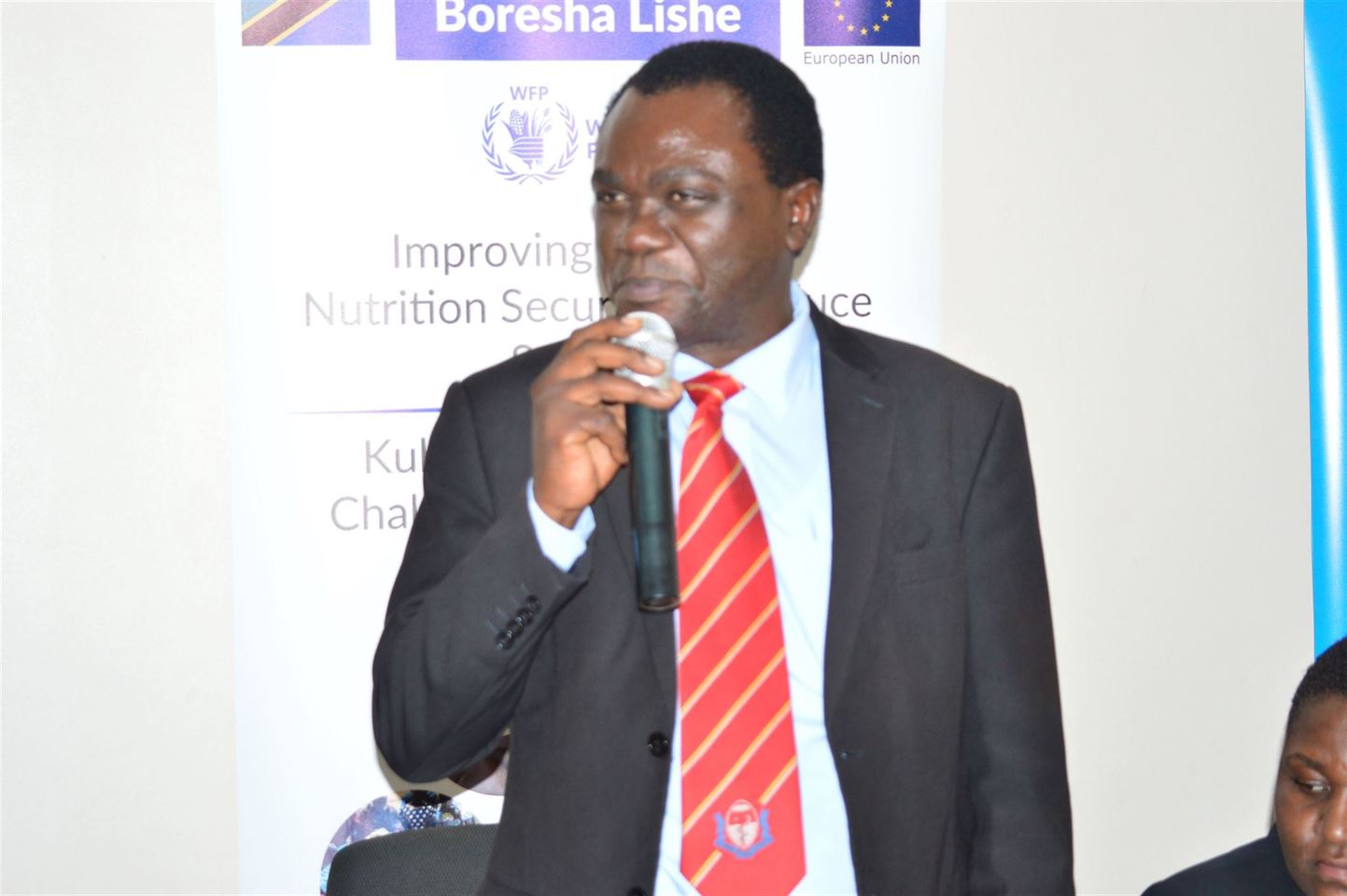 On behalf of the Vice Chancellor of the Muhimbili University of Health and Allied Sciences (MUHAS), Prof. Andrea Pembe said that for a long time Tanzania has been importing nutritious food products from abroad to help our children where there are institutions that have a good ability to do research and realize that from the foods available in the country there is a high possibility of making various food products including nutritious food for the benefit of the whole Nation. 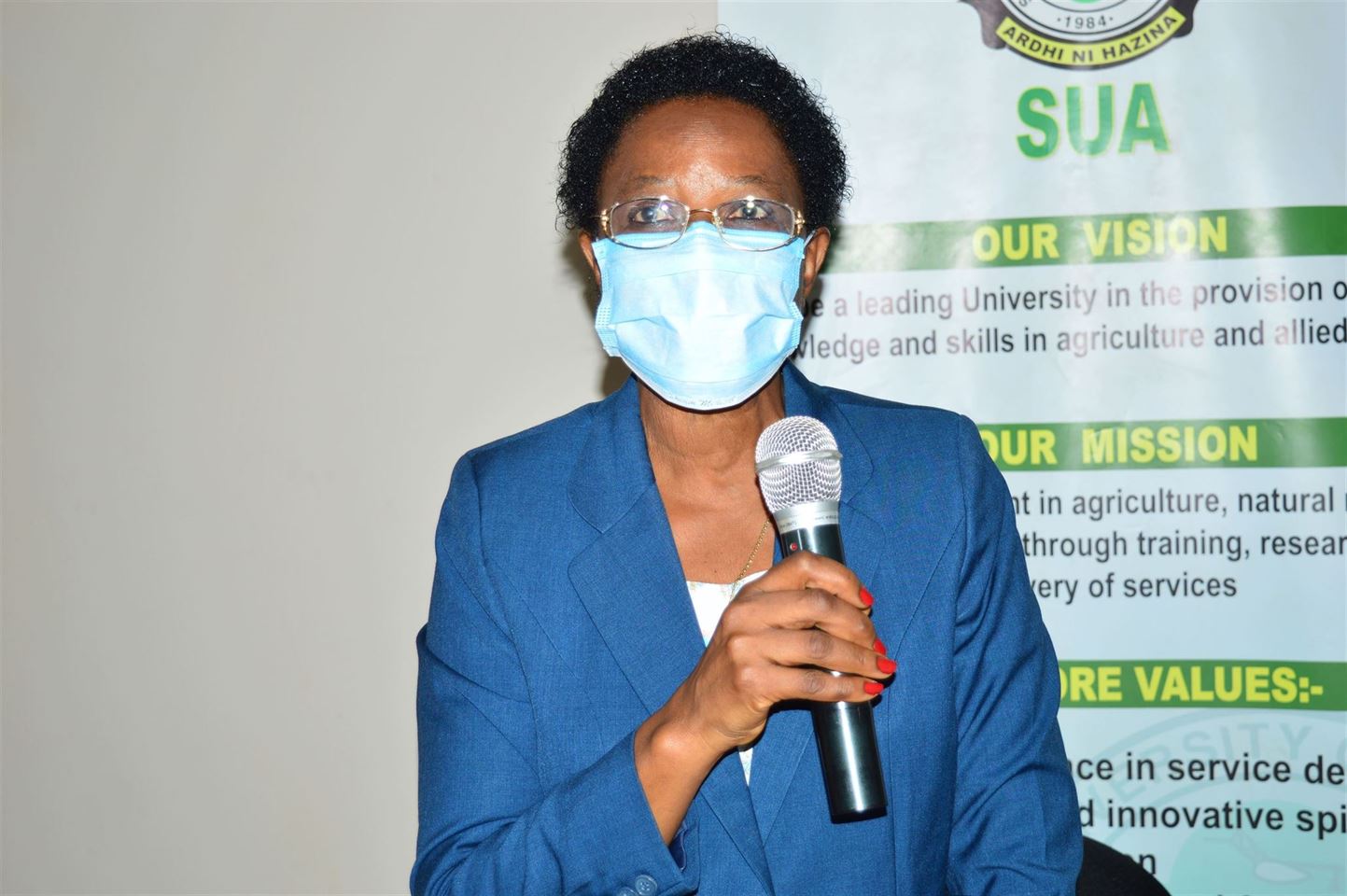 For his part, the Chairman of the Board of Directors of the Tanzania Food and Nutrition Centre (TFNC) Prof. Joyce Kinabo said that despite of the efforts to reduce malnutrition in Tanzania, there are still a large number of children with malnutrition, so deliberate efforts are needed to address the problem of malnutrition and to eradicate it.

Explaining the plans of the Tanzania Bureau of Standards (TBS) for the Project, the Representative Director General Ms. Jackline Rwegalolila explained that as standards agency in the country they are developing standards that will empower small industries in collaboration with experts from SUA that will help them to produce nutritious and high quality food to avoid importing foods that sometimes lack the required nutrients. 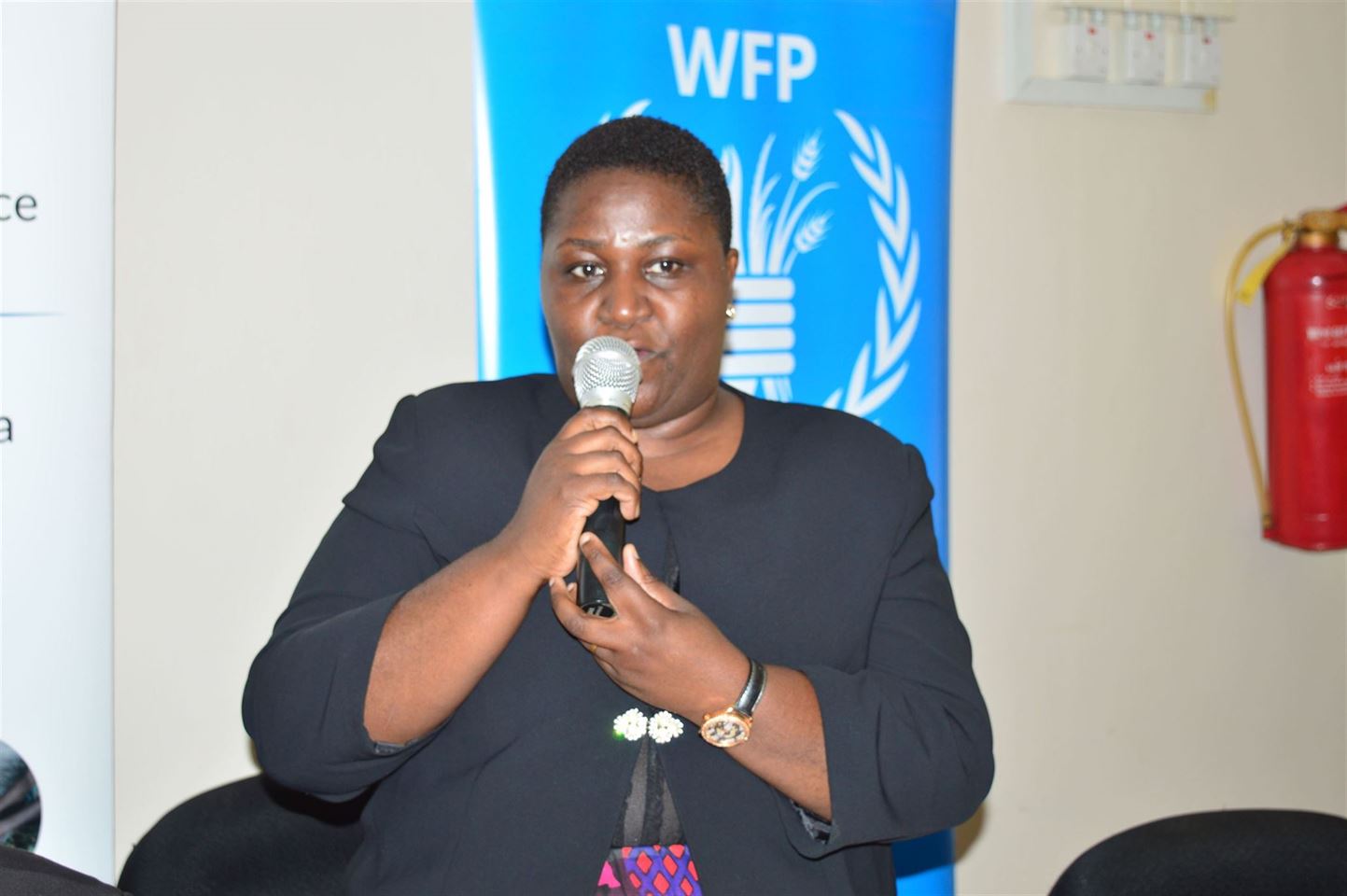 The Executive Director of the Tanzania Food and Nutrition Institute (TFNC) Dr. Germana Leyna said that the main objective of the project is to create nutritious foods as well as look at the potential of the food that will be prepared to ensure it meets the needs of children aged 6 months to 59 months and especially be ready for use. 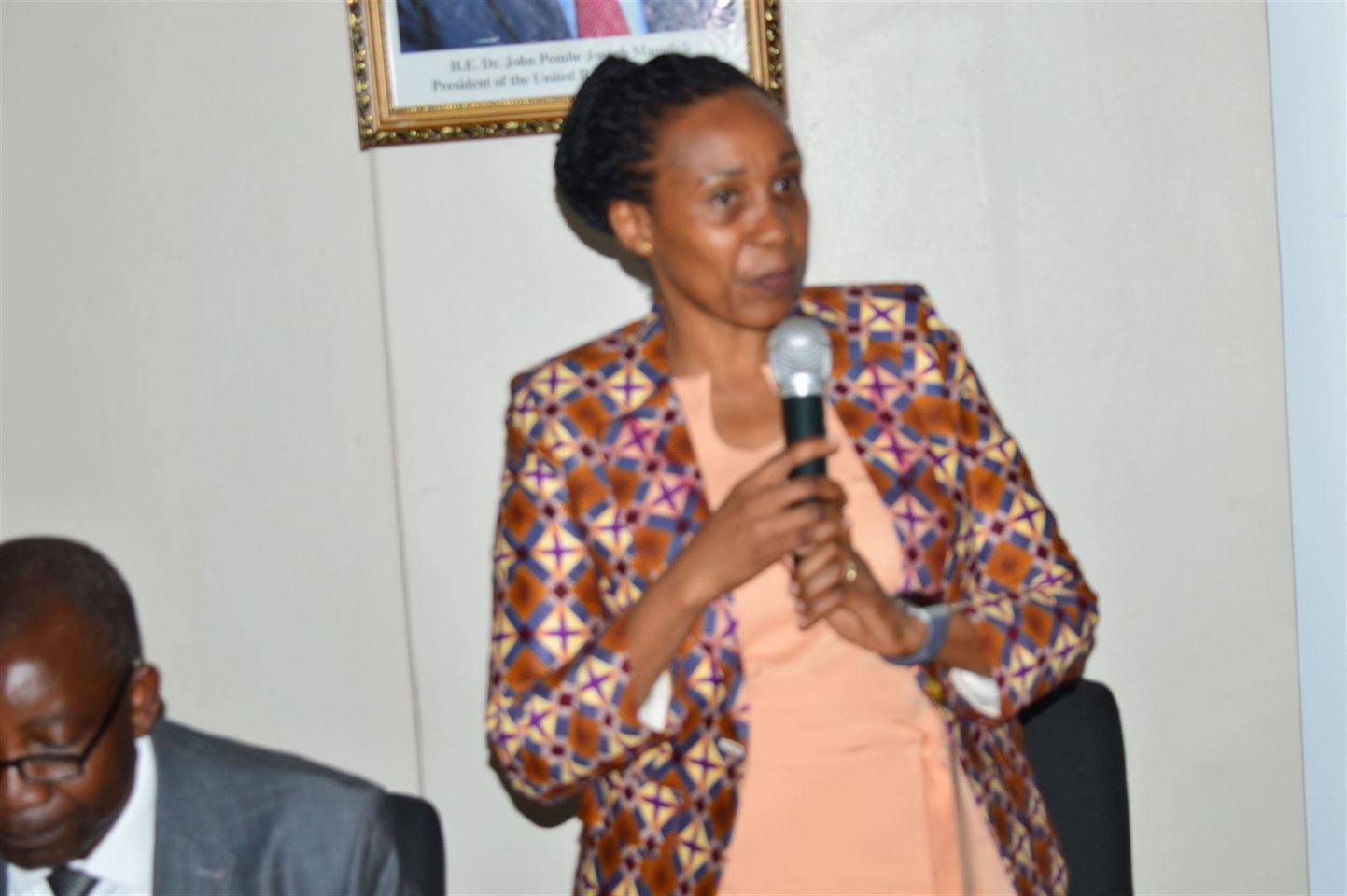